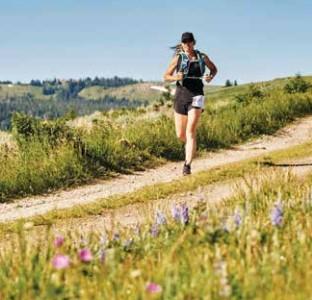 Not your typical big city race

Yellowstone Adventure Series kicked off for the 15 year on Thursday, July 7 with the Madison Triathlon. The series includes seven rigorous races throughout Madison County.

The Greater Yellowstone Adventure Series is like no other. Founder Sam Korsmoe pointed to the unique terrain as one of the many reasons that this race series is special.

“We are interested in the experience of running a marathon at 9,000 feet, or a 3,600 foot net drop, or a bike race with a 40 mile uphill and a 15 mile downhill… There’s very few places in the world that offer that kind of experience in a race, and that’s what we offer,” Korsmoe said.

The Greater Yellowstone Adventure Series (GYAS) started in 2008 with the Madison Marathon and is currently in its 15 year. The series originally started due to a local economic development project, in an attempt to bring tourists to Ennis. Since then, the series has grown exponentially throughout the years. There are now seven separate races, spanning several weeks in July, with participants from all over the country.

The original race in this Madison County series is the Madison River Run. Now in its 27 year, the Madison River Run was adopted by the GYAS from the Ennis Chamber of Commerce. This year Willies Distillery in Ennis is the official partner of the race. It’s since been coined the Water To Whiskey 5K. The newly coined race will take place on Saturday, July 16 at the Lions Club Park in Ennis.

Korsmoe stated that there are hundreds of popular marathons and races throughout the country, however many are very similar. The goal of this race series was to provide participants with the complete opposite experience.

“Many urban marathons tend to be the same. You can run past iconic buildings in an urban area but otherwise it’s all similar… We sought out very specific routes that were extraordinarily beautiful and very challenging to offer a unique experience unlike any other,” Korsmoe said.

Thus far, four of the races are in the books. Here are the winners from the completed races:

The Greater Yellowstone Adventure Series will continue with the Madison Ultra on Friday, July 15 and the Madison River Run on Saturday, July 16