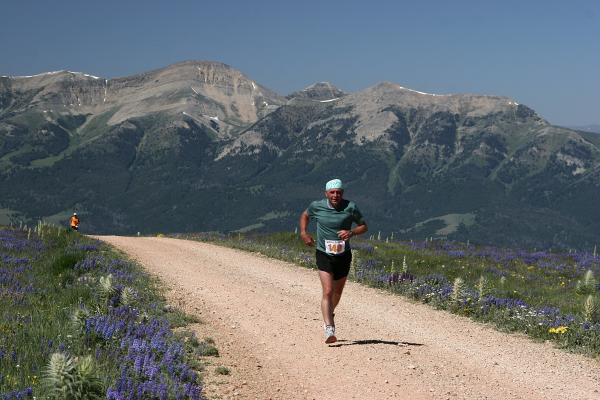 ‘Something nobody else has’

ENNIS - The way Sam Korsmoe sees it, race directors like to call their respective marathons, 5Ks and 10Ks the most beautiful, the most difficult, the most whatever.

But, says Korsmoe, those descriptors are all completely subjective. He didn’t want that when he created the Greater Yellowstone Adventure Series (GYAS) .

“You can say something is beautiful or tough, but you can’t quantify those,” says Korsmoe. “The goal was to have a full monopoly: something that wasn’t subjective, something that nobody else has, anywhere in the world.”

That’s where the GYAS came in. It is a six-race series made up of a 5K, two marathons, a duathlon, a triathlon and a bike race, nearly all of them have some kind of claim to fame. Five of the six races take place exclusively on Montana public lands, a resource near and dear to Korsmoe’s heart, like many Montana residents.

But that’s not the only thing that makes the series unique. The Madison Marathon, set to have its 11th iteration on July 21, is the highest-elevation road marathon in the world, never dipping below 8,400 feet and topping out well over 9,000.

The Big Sky Marathon takes place the next day, and yes, more than half the runners in the Madison will run the Big Sky as well. It’s the second longest downhill marathon in the world, knocked out of the top spot by a marathon in Colorado, and only by a couple hundred feet of elevation loss. At more than 26 miles long, runners descend more than 3,600 vertical feet.

To highlight and support the public lands on which those two marathons are held, Korsmoe commissioned two local artists, Allison McGree and Karen Savory, to design outdoors-oriented art for the race t-shirts. The original pieces will also be auctioned off to the highest bidder, with proceeds split between the artist and the Montana Wildlife Federation.

The Tour de Gravelly, which will have only its second race on August 5, has what Korsmoe thinks is the largest elevation gain in a 30-mile race section—biking from the Madison Valley over the Gravelly Mountains and dropping into the Ruby Valley. At least, he hasn’t found one with more yet.

The GYAS began in June with the Water to Whiskey 5K, which usually coincides with the Willie’s Distillery’s annual spring Pig Pickin’ and community pig roast.

The Tour de Gravelly is the first weekend in August, and each of the races is spaced two to four weeks apart.

I’m an avid runner. As such, I know exactly where my mind goes when I think about that time frame. And it sounds like I’m not the only one whose mind went there.

“We have these unique, one-of-a-kind races, and then we thought ‘let’s leverage this, make it even more of a challenge,’” Korsmoe says. “And that’s where the trifecta came from.”

The trifecta is for the crazies who think that one race just isn’t enough.

It begins with the Madison Duathlon, which this year will take place on July 8. The duathlon begins in Ennis, and racers start by biking the 14 miles between Ennis and Virginia City. Then , they’ll hop off their bicycles and start running an additional seven miles. At least there’s food at the end!

The second leg of the trifecta is that infamous Madison Marathon, on July 21.

Runners come from all over the country just for this race, dubbed by many both the most beautiful they’ve ever run and the most challenging (but, those are subjective). If you can survive 26.2 miles at the oxygen deficit that comes with 9,000 feet above sea level, you can celebrate making it through two thirds of the trifecta.

The last bit doesn’t get much easier, though.

The Madison Triathlon takes place on August 4 this year and is the penultimate race of the series just a day before the Tour de Gravelly. One of the few Olympic distance triathlons in Montana, it begins with a 1,200-yard swim in Ennis Lake, transitions to a 23-mile bike along Highway 287 and finishes with a 6-mile run from Harrison into Pony.

Duathlon, marathon, triathlon. If you can do all three, you become a TBA – total badass.

So far, there’s only 24 people who can claim that title.

One of those is Lynda Andros-Clay, who has not only claimed a TBA title three times before but in 2018 will also attempt to perform the biggest sweep of all: all six of the GYAS races.

Andros-Clay lives in Bozeman but became a member of the GYAS community as soon as she ran her first of the series’ races. She jumped right in for the trifecta and loved the way her fellow athletes immediately welcomed her.

“From the first time I did it, they were so nice and inviting,” she says. “It was like ‘come join our family.’”

All the people who attempt the trifecta (or the full sweep) have the same mentality: It’s not necessarily about how fast you can go, just that you go.

“Just the challenge of it is wonderful,” says Andros-Clay. “You don’t have to be disciplined in all the events. You just have to put your mind to it, be motivated and you’ll be able to do it.”

The Madison Marathon is her favorite of the six GYAS races, but it’s the camaraderie that keeps her coming back for more.

This year, there are four new aspiring TBAs attempting to gain the title for the first time. And maybe, just maybe, one very uncertain Madisonian reporter will join. (What have I gotten myself into?)

There’s one other thing that Korsmoe has created because he wanted to take advantage of something nobody else had. This time, that was Yellowstone National Park.

For a decade, Korsmoe was the executive director of Madison County’s economic development board. For six of those years, he held the same position in West Yellowstone.

“They were trying to diversify their economy and move away from being totally dependent on tourism,” he says. “Education was a natural choice, because Yellowstone is such a great laboratory, such a great classroom.”

So, the Yellowstone English and Environmental Studies Program International (YESPI) was born. YESPI purchased a building that could host as many as 40 students and researchers at a time, and Korsmoe began developing programs for college-aspiring high school students to come to the park and conduct research projects. He got the program accredited by the Montana University System through Montana Tech in Butte and started using YESPI to allow students the same thing the GYAS allows runners: a chance to set themselves apart.

“Yellowstone can offer a laboratory for students, and it’s the same idea,” Korsmoe says. “What do you have that no one else has? Education-wise, that’s a research project in Yellowstone. That’s how you distinguish yourself.”

Korsmoe hopes students can take the research they conduct and the things they learn to create sustainable businesses modeled off those that surround Yellowstone. As the world’s first national park, the protections around Yellowstone mean that from the start, those businesses have had to be conscious of how they conduct themselves. With a master’s in international studies from the University of Washington, Korsmoe hopes to expand YESPI’s reach (and maybe the GYAS race series too) to an international scope. YESPI’s students can take local examples like Butte’s Berkeley Pit and the successful removal of the Milltown Dam on the Clark Fork River near Missoula and apply the lessons learned there to problems in other places.

“Ultimately, if you have something no one else has, leverage that as much as you can,” says Korsmoe. “Because that’s what makes something potentially successful.” Whether that’s a marathon at 9,000 feet above sea level or a research project in Yellowstone on a college application, being the only one of your kind really does have its perks.