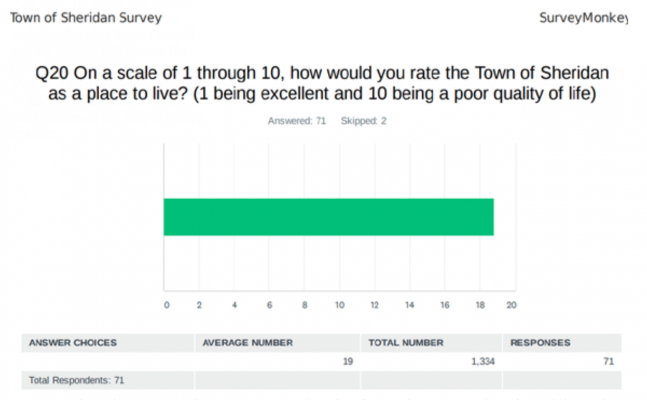 Final public hearing to be held May 10

The Madison County Planning Board voted unanimously to recommend the proposed growth policy and its implementation to the Town of Sheridan, with the addition of a few staff corrections.

The Town of Sheridan Growth Policy (Policy) essentially took over the board’s monthly meeting on March 29—the agenda item lasting almost two and a half hours. Ten members of the public attended in person to provide public comment and a couple participated virtually.

The Policy was first adopted in 2003 with minor amendments made in 2010.

“This has been the most current action on it, trying to revisit it and update it for timeliness in the year of 2021,” Madison County Planning Director Alex Hogle said. The Policy outlines this background, the history of Sheridan, and identifies goals and objectives. Residents’ survey responses conducted from 2017-2020—73 residents responding—facts and figures and sentiments from public meetings are included in the document’s appendices.

Scott Payne, owner of Northern Rockies Engineering (NRE) and author of the Policy, presented the finer details to the board and public.

The Policy found that residents have a deep desire for Sheridan to remain the way it is—a small, agriculture-oriented community—and that residents prioritize the small community feel over a tourism focus. Seventy percent of survey responses showed that the quality of life in Sheridan is why residents live there.

Roads, housing, demographics, water and sewer capacity and amenities for senior citizens were concerns brought up—housing-wise, particularly, in the sense that there is no inventory for new housing.

“There’s plenty of open space, but it is owned by just a few private landowners that are running agricultural operations and it’s their prerogative to keep it agricultural,” Payne said. Growth has occurred out of town limits, where residents have their own well and septic systems, but the population has remained steady since the 1970s.

The Town of Sheridan does not have municipal subdivision or zoning regulations to control land use and growth within town limits. Part of why the county planning board is involved is to serve as the town’s mechanism for subdivision review, regulations and guidance through an interlocal agreement.

After Payne’s introduction and board discussion, public comment centered on a few key topics. Individuals were concerned about the capacity of the water system and its ability to serve existing and future residents, and were opposed to the concept of zoning, while wanting to keep development to a minimum and maintaining a viable community.

In 2011, the Town of Sheridan spent $7 million on a wastewater treatment system upgrade. Six thousand feet of clay sewer pipes, out of 24,000, were lined with epoxy to reinforce the piping, and it fixed the problem for the shortterm. Before, a moratorium was placed on additional hookups by the Montana Department of Environmental Quality (DEQ) and development in town was limited.

Payne said there is no proposal for Sheridan to improve the wastewater system, with the exception of potentially more control on groundwater infiltration, which results in a water table rise and added flow to sewer pipes, primarily due to irrigation practices. Lining the pipes with epoxy helped seal off any groundwater from entering the pipes.

Twenty to fifty lots could be added in town, and if that were to happen, it may be time to look into capacity again, Payne said. He also explained that the wastewater system has capacity for 50% more use and is likely viable until 2040.

Residents are still paying taxes for the upgrades in 2011. More so, it is the same residents that are paying the taxes since the population has not increased significantly since then. The Policy recognized that residents can only be taxed so much.

Improvements to roads were identified as a need in the Policy, and there was discussion on tying road projects with a broader goal of updating sidewalks near the school district for pedestrian access and creating a cross country track for high school events.

The Town of Sheridan is putting together a Capital Improvement Plan, as well, which takes concepts and goals identified in the Policy, like road updates, and comes up with a price tag and funding solutions. Increasing feet of epoxy-lined pipes is a consideration in the Capital Improvement Plan. A Growth Policy is required in order to apply for state funding per grant submittal guidelines.

Many members of the public were concerned about the population number used in the Policy, sensing it was lower than actuality. As 2020 census data has not yet been finalized, the Policy used 2010 census and residential hookup data to estimate Sheridan’s population at 636 within town boundaries, accounting for residential hookups in 2020.

“Wastewater systems are not designed on population,” Payne said, but by gallons/capita/day of water used.

Part of the concern over the defined census of Sheridan and from the misunderstanding of how water use is calculated stemmed from rumors of a new subdivision inside town limits. The planning department did receive a preliminary application for a 45-lot subdivision in town limits days before the public hearing.

Payne mentioned the type of public questions he ends up answering do not tend to get so far into the details. “There is capacity and there’s some folks that apparently don’t want to develop in town and (are) trying to find a reason to suggest that there’s some problem,” he said. As a short answer to whether the town has water capacity, he said it does.

The planning board maintained that the subdivision would not be included in the decision on whether or not to recommend the Policy. It will go through its own process with the planning department, and the Policy will serve its purpose as a guiding document for development.

“Community planning is essential, especially in times of rapid growth for our towns and our state. I commend the Sheridan Town Council for giving their citizens this opportunity to participate in their own future, and to have a say in their ideas for not only growth, but for their values of community and preparations for growth,” Pat Bradley, board member, said.

In the Policy, zoning was brought up as a strategy for monitoring growth in many of the goals and objectives—environmental and natural resources, economic development, housing and land use.

Sheridan Mayor Bob Stump mentioned Sheridan has town ordinances, but many cannot be enforced since there is no town court. “Because we don’t have a city court, we can’t fine people. There’s no way to adjudicate the penalty so there’s no teeth in our ordinances,” Stump said.

“I wish we could use some other word than zoning, but that’s…a statute word,” Laurie Schmidt, board member, said. She mentioned zoning policies could put density numbers on a development or create different districts, essentially making community-specific rules.

Stump brought up a handful of properties in town that he described as junk yards. “If you had zoning, you would have an avenue to rectify the junk yards,” he said.

“It’s going to be a fight to get zoning in Sheridan,” Stump said.

The planning board has been reviewing different components of county subdivision regulations. Depending on the current legislative session the board may be able to employ changes or may need to start over. A public meeting will be held before any changes are final.

Aside from items related to Sheridan’s Growth Policy, the board also recommended approval of a preliminary plat for Freddy’s Place Minor Subdivision, a single-lot division located in between Harrison and Cardwell, to the Madison County Commissioners with conditions outlined in the staff report.