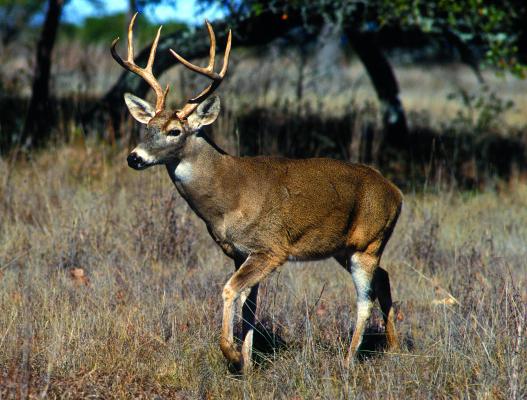 MADISON COUNTY – Hunters, wildlife watchers, anyone who cares about Montana’s quality of life and wildlife needs to be aware of how a deer-family disease could impact the future.

The disease is Chronic Wasting Disease (CWD), and more cases of this disease were found in Montana and nearby this fall, suggesting that CWD could be spreading in Montana – although the state Fish Wildlife and Parks Department (FWP) is keeping a close eye on this, attempting to check the disease due to what it could do to state wildlife.

CWD is a progressive, fatal disease that affects the central nervous system of deer family members, which include mule deer, white-tailed deer, elk and moose. It can hit up to 40 percent of a deer-family herd, and reduce herd numbers dramatically. Documented CWD losses in mule deer resulted in a 45 percent decline in a Colorado herd, and a 21 percent annual decline a Wyoming herd. Imagine a Montana with half the elk, deer or moose it currently has, then losing even more. Not pretty.

The cause for concern is that, during the first three weeks of November, FWP discovered five additional deer harvested from three counties that tested positive for CWD.

Some of these deer came from areas FWP is monitoring for CWD, one was outside the area monitored for CWD:

• A mule deer doe taken in Carbon County – within an existing CWD-positive area along the southern tier of the state – tested positive for the disease.

• Three deer harvested in the northern half Blaine County, along Montana’s northern tier, tested positive for CWD. This location has been a priority surveillance area for FWP.

• Also, a whitetail buck harvested in southern Liberty County, two counties west of Blaine County, an area both outside the CWD positive area as well as not under CWD surveillance by FWP, popped positive for CWD.

CWD is one type of a group of diseases called Transmissible Spongiform Encephalopathies, or TSEs. TSEs are caused by infectious, misfolded prion proteins, which cause normal prion proteins in a healthy animal’s body to misfold, resulting in organ damage and eventual death.

“There are different kinds of TSEs: mad cow disease affects cattle, scrapie affects sheep, Creutzfeldt-Jakob’s disease affects humans, and CWD affects members of the deer family,” O’Neill said. “When other animals come in contact with the prions, either from infected live animals or from contaminated environments, they can be infected.”

CWD-infected animals shed prions in saliva, feces, and urine while alive, and via bodily tissues and fluids upon death. These prions may remain infectious for at least two years. Animal-to-animal contact is the most common way CWD spreads, but it can also be transmitted by contact with a prion-contaminated environment, like grass and soil.

The average incubation period from CWD infection to visible symptoms takes about 16 months. Infected deer family members may survive up to nine months. There are no documented recoveries.

Prion diseases in mammals affect the structure of the brain, spinal chord and other nervous system tissues. Initial symptoms are difficulty in movement, followed by weight loss and behavioral changes – decreased interactions with other animals, listlessness, lowering of the head, tremors, repetitive walking in set patterns, and nervousness. Excessive salivation and grinding of the teeth also are observed. Most deer show increased drinking and urination, which may contribute to the spread of the disease.

“There has been a lot of research done on it and so far CWD is not known to affect humans.” O’Neill said.

“It is very important that people realize the threat that CWD poses to our deer and elk.  It takes a long time, perhaps decades, to really manifest population-level effects.  But if it reaches high prevalence in herds, 30 to 40 percent of the herd infected, it can reduce their numbers significantly. Documented CWD-related declines in mule deer include a 45 percent decline in a Colorado herd and a 21 percent decline every year in a Wyoming herd.  Also in Wyoming, researchers found a 10 percent decline every year in a white-tailed deer herd.  This is a serious disease and we at FWP are taking it very seriously.”

FWP has been monitoring CWD in Montana since 1998, according to O’Neill and FWP’s CWD management plan. FWP tested more than 17,000 wild deer, elk, and moose for CWD with no positive detections between 1998 and 2016. The agency conducted “active surveillance” for CWD from 1998 through 2011, and “more limited, “opportunistic surveillance” from 2012-2016.

In 2013, FWP reported on hunter and landowner awareness of CWD and preferences for managing the disease. A year later, the agency modified its CWD Management Plan, calling for a renewed surveillance effort in high-risk areas and a “weighted surveillance strategy” of alternating efforts among areas annually.

In 2015, FWP documented the distance to CWD cases in states along Montana’s borders and predicted the areas at highest risk of CWD infection. This identified border areas that became the agency’s priority surveillance areas.

“Although we have been doing some surveillance for CWD for the last 20 years, we just started an intensive focused surveillance effort last year,” O’Neill said. “We began looking for it in areas where we expected it would have expanded into Montana from neighboring states and provinces known to have CWD.”

This included borders with Alberta, Saskatchewan, North and South Dakota, and Wyoming, she said. FWP focused its surveillance efforts in hunting districts adjacent to these locations and around Phillipsburg where the “game farm” – it was “depopulated” – tested positive for CWD. FWP continues sampling there in case CWD found its way into the wild.

“We have found it where we expected we would and totally expect to find it in some new places as we continue to look, but it doesn’t necessarily mean that it is spreading farther in the state, only that we are finding it where we thought we would,” O’Neill said. “Our surveillance efforts are only meant to determine where CWD is.  The next step is to determine its prevalence – what percent of the herd is infected, and the distribution of the disease.  This will come with much more intensive sampling in areas where we find it.”

“Once we know where CWD is, how prevalent it is and how it is distributed we can begin managing it,” O’Neill said. “We know it is very unlikely we will be able to eradicate it completely.  Rather, we will be managing to reduce prevalence and prevent it from spreading.”

How will FWP accomplish this?

“One way we can work toward accomplishing both is to adjust our hunting seasons,” she continued. “Because bucks are two to three times more likely to be infected and more likely to spread the disease, we can focus increased harvest on bucks. This may not be popular with some people, but it is one of the most effective things we can do.  We can also work to lower the overall density of deer by increasing harvest of both bucks and does.”

O’Neill said other tactics were available:

Because CWD is often clustered in local areas, FWP could target removal in limited areas around CWD detections. This could include minimizing large groupings of deer by removing or fencing attractants and through hazing or dispersal hunts.

Restrictions on transporting the brains and spinal tissue (where prions concentrate) of deer-family animals harvested by hunters in CWD-positive areas to other parts of the state helps. She noted that because hunters may need access to meat processors or taxidermists, the transport restriction zones (TRZ) are one or more counties surrounding CWD-positive areas. TRZs only apply to animals taken within a CWD-positive area.

Finally, prohibitions on bringing live deer, elk or moose from CWD-positive states; the 2000 voter initiative ban on game farms; historic management emphasizing opportunity; laws banning the feeding of wildlife; and recent legislation regulating the use and import of cervid urine lures from CWD positive states should help, too.

How about the local scene, is there a risk of CWD in Region 3 or Madison County?

“CWD has not been detected in Region 3,”O’Neill said. “However, a few hunting districts in the very eastern portion of Region 3 – HDs 313, 314, 316 and 317 in Park County — are future CWD priority surveillance areas due to their proximity to current CWD-positive areas. FWP will increase surveillance in those areas in the future.”

What can you do to help keep CWD out of our area?

O’Neill said abiding by the TRZ transportation rules is a good start. If anyone hunts in the priority surveillance areas, even if it is outside of one of the CWD-positive areas, you might want to get your animal tested.

Reporting any sick-looking deer anywhere in the state to FWP could also help.

O’Neill also encouraged anyone concerned about CWD in Montana to visit FWP’s website and check out the CWD page found at http://fwp.mt.gov/fishAndWildlife/diseasesAndResearch/diseases/chronicWa.... It contains a wealth of great information.