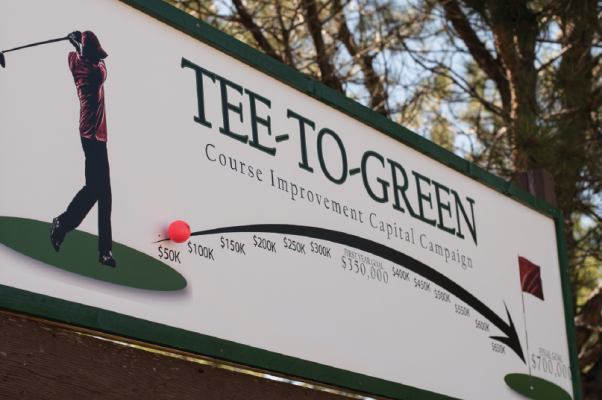 A slice of Madison County recreation

The Madison Meadows Golf Course is in critical need of funding

The Madison Meadows Golf Course in Ennis is swinging for $700,000 in donations, over two years, with its Tee-To-Green course improvement capital campaign. About three months into the campaign, it’s off to a good start with about $60,000 raised.

The public golf course needs major repairs and updates to ensure its future in the community. It hasn’t seen significant work on its grounds since it was built in the 1980s.

“It isn’t a bunch of golfers doing something for ourselves,” spokesman for the campaign committee, John Duncan said.

The Madison Meadows Golf Association a contributes to the community, using their course for fundraisers, school golf programs and charity golf tournaments. The annual Granny Lueck Memorial Golf Tournament will tee off Sept. 28. Proceeds from the charity event benefit a rotation of surrounding communities, Virginia City, Ennis, Harrison and Sheridan. This year the entry fee and raffle money will be donated to Virginia City non-profit organizations.

The Ennis golf course is also a contributor to the community, employing high school students with a potential first job and providing golf leagues.

The $700,000 fundraising goal will go toward infrastructure issues of the golf course. Most of the money needed for irrigation improvements, which isn’t able to water the entire course. A replacement irrigation system was estimated to cost $950,000. The replacement would be more efficient than what’s currently in place. According to Tyler Cross, Madison Meadows superintendent with a Turf Management degree, a new irrigation system would reduce water use even with the additional ground cover.

“I’d like to give this whole place a face lift,” Cross said.

Less than half of the planned funds at about $290,000 are committed to course upgrades and equipment replacement. Some of the outlined projects include, planting trees and rebuilding tee boxes.

The golf course also increases property values in the neighborhood that lines the greens. The self-funded course, with the exception of an occasional donation, has had a steady increase of activity over the last three years, according to clubhouse manager Michael Reeves. The activity report is already up by a thousand from last year.