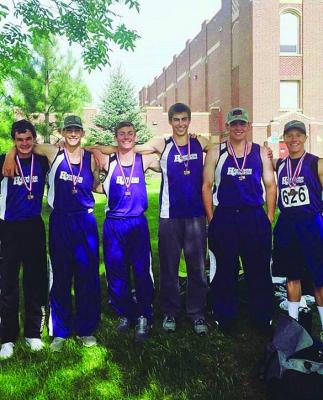 Harrison took six competitors to State Track meet, half the team and just shy of a quarter of the high school’s overall team, according to Kaysha Young.

- Vern Homner competed in the discus and made it to finals - with a PR throw of 125’ 3”, he also competed in triple jump.