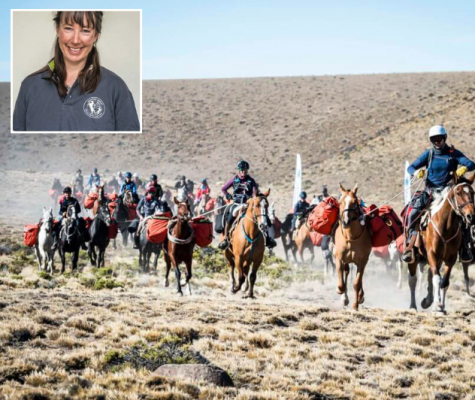 A storm rolled in bringing snow to the high elevations of the Andes Mountains on the third day of the Gaucho Derby.

Of the 24 contestants from around the world, two rode out of the mountains on their horses - two southwest Montanans. Corie Downey’s and Marie Griffs’ experience riding in the Montana mountains proved to be an advantage.

“Not bad for a couple of Montana girls,” Griffs said.

The whole race changed after the storm. Five contestants were helicoptered out, and gauchos and locals led the other 17 contestants out of the mountains.

Griffis and Downey were held up at a competition station for three days. They explored a nearby river, rested and stayed out of the way as the others were rescued. But the Montanans lost a lot of their momentum over the three days.

“It took the wind out of our sails,”Griffis said.

The Gaucho Derby was deemed the test for horsemanship and wilderness survival, but dangerous conditions altered the path. Much of the 500-kilometer extreme horse race through the Andes Mountains was detoured.

With three days to go in the race, Griffs and Downey had a significant lead on the group. Griffis placed first March 23. Downey took fifth place.

“It was tough,” Griffis said. “The race was more about riding the terrain and getting your horses through.”