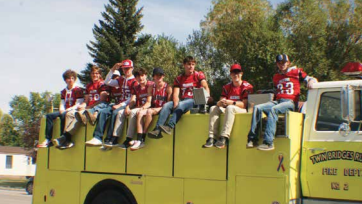 Despite being handed a 31-8 Homecoming loss against Darby on Sept. 17 the Twin Bridges Falcons made several noteworthy plays and achievements.

Sam Konen: 9-22 comp-att for 64 yards, one touchdown, nine tackles including one sack

Kris Poirier: One tackle The Falcons now set their sights on Joliet for a home game senior night on Sept. 24.