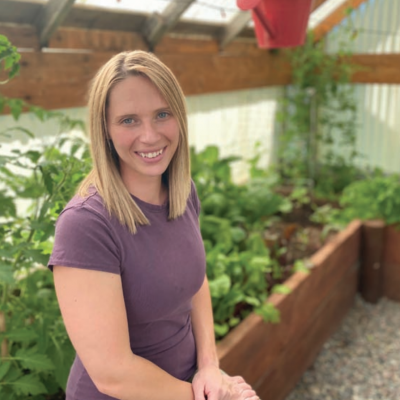 Kim Hellwinkel recognized as most inspiring teacher in the state

Kim Hellwinkel, second grade teacher in the Twin Bridges School District, was recognized as the most inspiring teacher in Montana by the Sanford Programs, established by philanthropist T. Denny Sanford to support teachers around the nation. She was awarded the Sanford Teacher Award, which recognizes 51 educators—in each state and the District of Colombia—for going above and beyond for their students.

Ms. Hellwinkel received an email announcing her nomination this fall. Teachers can be nominated by a parent, fellow teacher, or administrator but are not notified of their nominator’s identity. Nominees must decide whether to go through the application process in order to receive the overall designation in Montana.

“I almost didn’t because you always think, why me? What’s special about me?” Ms. Hellwinkel said. Her family and Twin Bridges elementary principal Cindy Brown encouraged her to see it through.

The application asked how teachers met different ‘Inspirational Instruction Indicators’ which include creating an inclusive, respectful learning environment, maximizing assessment results for student growth and motivating students to succeed among others.

“She is able to bring out the best in all of the kids. This nomination in particular is not only about academics, but the social-emotional well-being of kids,” Ms. Brown said, and noted that Ms. Hellwinkel is passionate about both.

Ms. Brown wrote a recommendation and Ms. Hellwinkel’s application was submitted to Sanford where she has the opportunity to become the finalist, receiving $50,000.

“My philosophy has always been that every student can and will succeed and I don’t ever try to make them adapt to me and my teaching style. I’m always trying to figure out what way is better for them to learn,” Ms. Hellwinkel said.

She explained each year there are students who have a difficult time sitting still for extended periods. As long as they are being respectful, she allows students to stand behind their chair while she is teaching or to walk around the room if they need to switch up their environment. Kids do not have to be plastered to their seats, she said.

Ms. Hellwinkel leads her class through yoga after lunch to rebalance their brains and bodies before the second half of the day. “I really enjoy yoga for calming me and I believe in all the science about it helping to calm our students, and I’ve seen it work,” she said. These examples show Ms. Hellwinkel’s dedication to teaching for her students, not to her own comfort level.

Additionally, she incorporates life sciences into her curriculum. Her husband is the agriculture education teacher and they collaborated to get a beehive for the school for students to observe and learn from. Reading and math are emphasized in the curriculum, which Ms. Hellwinkel understands, but she tries to give students science opportunities when she can.

“When they have that opportunity for science, their energy just explodes,” Ms. Hellwinkel said. It is another way of switching up the daily schedule to keep them engaged. Science lessons are almost always hands-on and combine activity with more typical book-based learning. She can tell students know they are making a difference in the world by the way they engage with the material.

“Kids get really excited when they know they make a difference,” she said.

Ms. Brown described herself as data-driven and demonstrated how Ms. Hellwinkel’s methods are shown in the numbers by how she can ‘move kids.’ “She’s just really strong in taking those kids that aren’t quite where they should be and have them be there by the end of the year,” she explained. Consistent with her philosophy, Ms. Hellwinkel shifts her instruction to meet students’ needs and helps them progress to third grade.

As a nominee, Ms. Hellwinkel received $10,000. There are no specific instructions for using the money from Sanford—it is up to the teacher’s discretion.

During a video call announcing the 51 recipients, teachers emphasized the importance of self-care. Ms. Hellwinkel enjoys being on the water in the summer and is considering using some of the money to purchase a new kayak. Spending time doing what she loves would help her reboot over the summer and return to school as the best version of herself, she thought. She is considering designating some of this money in pursuit of a master’s degree in early childhood education as well.

“I’m just so appreciative of all the love and the support of everyone in this community,” Ms. Hellwinkel said.

Ms. Hellwinkel mentioned she does not always ‘put herself out there,’ because there is a fear that you might be rejected or let down. This process has inspired her to do this more because, “what’s the worst that could happen?”