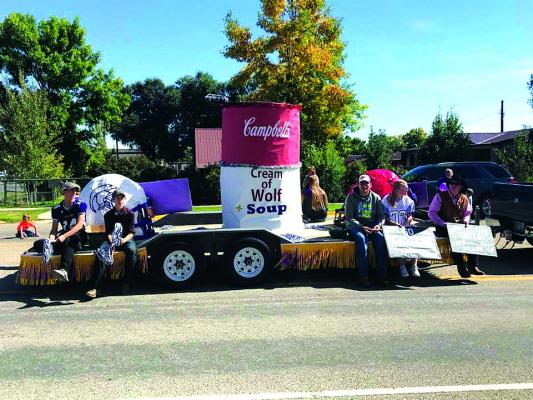 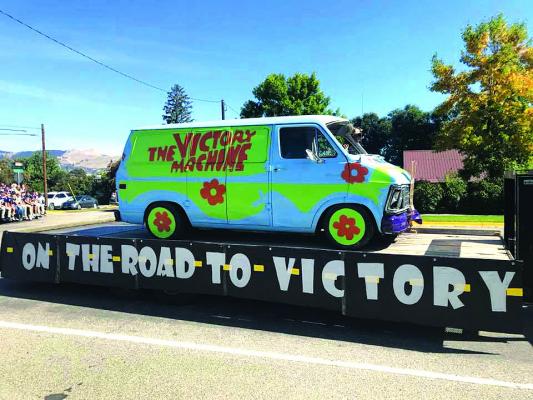 HARRISON—The Harrison school board held its monthly meeting on Monday, October 8, 2018. The agenda covered a wide variety of topics, including Harrison’s athleticå teams and a continuation of an ongoing transportation upgrade.

A student report noted the success of Harrison’s homecoming week, including a victory in the Panthers’ homecoming football game against the Three Forks/Willow Creek wolves, 34-28.

Harrison students took part in a homecoming parade in Whitehall, which included a float that they worked on for the better part of two weeks. It featured Harrison and Three Forks football helmets, along with a Campbell’s soup can labeled “cream of wolf soup.”

Students have had a few days outside the classroom since the beginning of school, including an all-school hike to Thompson Park, a field trip to the Museum of the Rockies in Bozeman and another trip to Bozeman for juniors and seniors, who attended Montana State University’s college fair.

Activities director Connie Young reported that Class C schools from around the state held a preliminary poll to decide whether a local district track meet will be held this spring, and the general consensus was not to do so. Usually, the district meet allows athletes to qualify for the next step of the championship season, the divisional championship.

Superintendent Fred Hofman noted that Harriåson often puts considerable time, money and manpower into hosting the district meet, so the jump directly to divisionals will save the district some resources. A primary concern was that the change allows athletes one less opportunity to compete and to log a championship-qualifying time or distance in their events. Young said the final vote on whether to hold a district meet will be held in January.

Young also noted the potential for a future cooperative agreement with Willow Creek in Three Forks for a junior high six-man football team. That cooperative would not extend to high school, as such an agreement couldn’t be entered into for at least two years, said Hofman.

Junior high athletics have different restrictions on cooperative agreements that would make it an easier program to enter into than a high school co-op. Harrison already has a co-op with Whitehall for its high school football program. The potential for a junior high co-op will remain on future agendas and will require lots of discussion, noted board chairman Dusty Wagner.

Returning to the agenda was discussion of Harrison’s plan for adding to its transportation fleet. The board has extensively considered a variety of options at earlier meetings, and decided on Monday to stick with their decision to purchase a Ford Expedition to add to its fleet of “e-buses,” which can be used for student transportation instead of regulation school buses, which provide far more space than Harrison needs, aside from being nearly cost-prohibitive.

Hofman will move forward with purchasing the Expedition in the coming weeks. He said that the district will also consider buying another small activity bus, but that will come in the future as it is a less pressing issue.

“What I would like to see us to is focus on the e-bus fleet for now,” said Hofman. “We’ll focus on buying our new bus next year.”

Other business on Harrison’s October school board agenda:

• An update from 5th/6th grade teacher Brett Gustafson on student results on the Smarter Balance test they took in the spring. Gustafson said students are graded into one of four categories ranging from “not proficient” to “advanced.” Gustafson said overall his students had great results, with quite a few ranked high in the “proficient” and “advanced” categories across the board in the reading, language and math evaluations.

• Harrison will have its senior night on Thursday, October 18. Senior night will include the school’s annual pie auction as well. Also on October 18 will be Harrison’s National Honor Society induction.

• The board voted to move Emma Christensen to full-time status as a Harrison employee. Christensen is an aide in the elementary grades and also works in special education alongside Connie Young.