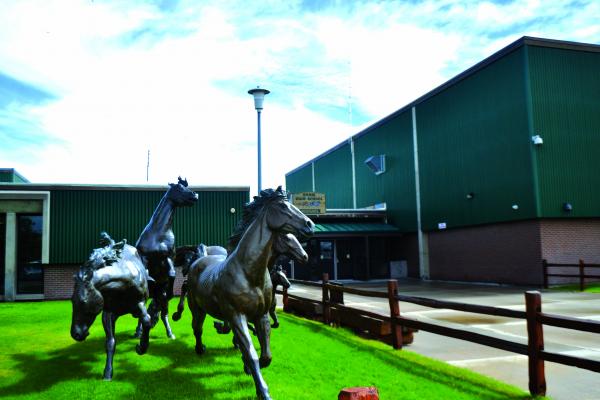 ENNIS – At its monthly meeting on Wednesday, April 10, the Ennis school board considered the topic of shifting the current part-time counselor, Ross Lingle, to a full-time position.

It proved to be a complicated idea, as Lingle currently also teaches two periods of Spanish each day. There’s a foreign language requirement for students graduating from Ennis Schools, so shifting Lingle to full-time counselor would require either hiring a part-time language teacher or requiring students to take an online language course to meet that credit requirement.

The board was unanimously opposed to having students take online classes to fill a transcript requirement, but they also recognized the growing need for counseling services. Lingle also acts as Ennis’s Title IX coordinator, conducts graduation credit checks, organizes college prep events and financial aid planning for graduating seniors and their family. He is the NCAA clearinghouse advisor for students hoping to participate in college sports and meets individually with over a dozen students who want or need his one-on-one mental health expertise.

No concrete decisions were made on Wednesday, but Lingle noted that some of the programs he would like to see added to the mental health and counseling offerings at Ennis Schools included more classroom guidance activities regarding topics from bullying and social media to depression, study skills and stress management. He also said he hopes to see more career planning guidance and foresees more students wanting that one-on-one counseling time.

The board accepted the resignations of two part-time teachers on Wednesday, meaning there may be an opening to hire a part-time language teacher to replace Lingle in that area if he were to become Ennis’s full-time counselor. They agreed to explore various options, compare the budgetary impacts of those options and return to the next board meeting with more information to continue the conversation.

In old business, the board approved the revised junior high credit requirements that were presented by principal Mellissa Newman earlier this year.

The requirements are a more structured iteration of the policy Ennis has had, applying successively greater requirements as students move through 6th, 7th and 8th grades that must be met before they can move to the next grade level. If a student fails a core class—history, English, math or science—for a term, they must make up that grade the next term or, in the case of a fourth-quarter failing grade, do so in summer school.

Newman noted that the policy would help motivate students who may be failing due to lack of effort and help identify students who genuinely needed more help in those core subjects. The intention behind the requirements is to ensure that each student is adequately prepared to succeed in the higher grades, especially making the transition from junior high to high school.

The board approved the verbiage of the new requirements and it will be added to the junior high handbook effective for the 2019-2020 school year.

Other business at Ennis’s April board meeting:

• Athletic Director Chris Hess provided an update on student activities. He told the board that 11 students would be representing Ennis FCCLA at the national convention in June in Anaheim, California out of the 13 who qualified. Hess has also been in the process of attending regional meetings to set fall sport schedules and said that football, volleyball and basketball schedules for next school year are nearly finished. Finally, he noted that he would be conducting a survey soon to gauge interest in a potential future wrestling program; he said he’s had multiple inquiries about adding a program and wanted to get a more complete picture of the desire.

• In her principal’s report, Newman congratulated the students who brought home top marks at the state science fair. Ennis earned two gold ribbons and two silver ribbons in the competition in Missoula. Newman also said she’d met with staff from Jack Creek Preserve to explore some opportunities to form a partnership with the school, including field trips to the preserve for students to get some hands-on science and ecology experience.

• In an elementary principal’s report, Brian Hilton said that he and his staff were exploring options for a social-emotional learning curriculum to be implemented in the future as part of the core curriculum for students of all grades. He said there are a huge number of options for such a curriculum and promised to keep the board up to date with the progress at future meetings.

• Superintendent Casey Klasna also gave a report, beginning with a legislative update. Klasna said Senate Bill 92, which allows the transfer of certain school funds into a designated safety fund was very near to passing, which would facilitate greater safety improvements such as the renovation of Ennis’s PA system, which has been a goal for some time. Klansa also said that the district had purchased 70 registrations for the ALICE training that he presented to the board earlier this year. ALICE is an education program for administrators, coaches, teachers and volunteers that explores the best ways to handle intruder, lockdown and active shooter situations on school campuses. So far, Klasna said, he’s received great feedback on the program and hopes to get more staff and faculty trained in the near future.