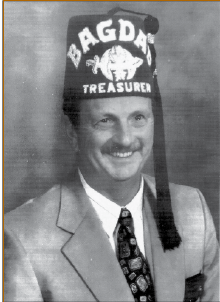 Mitchell Lee Rodgers, passed away on Saturday May 5 in Butte.

He was born to Cliff and Thelma (Garrison) Rodgers on June 17, 1940 in Virginia City, Montana. Mitch attended Emerson Grade School for eight years, Butte High School for three years and graduated from Virginia City High School. Mitch worked at many jobs in Madison County, including Walters Store, Bank of Sheridan, Madison County Law Enforcement, Construction jobs, before moving to Deer Lodge where he went to work for Stolp Logging as a skidder operator. He then worked at the Montana State Prison for a short time, LP sawmill for 15 years, and Powell County High School for 11 years, retiring in 1999.

Mitch was married several times and from those marriages came four wonderful daughters.

Mitch became a Master Mason in the early 1980’s and a member of the Bagdad Temple Shrine in 1984. He was Chaplain and Treasurer for many years. Mitch was director of Court #23 ROJ in 1997.

Mitch enjoyed bowling, playing guitar, photography, fishing, hunting, and golfing. He began oil painting after his retirement. He sold many of these paintings as well as many of his photographs that were taken throughout the years. Out of all of Mitch’s hobbies, probably the most enjoyable was his guitar playing.

Playing rhythm guitar at many of the local bars, he was often heard to say that he would like to go to Nashville and listen to those people that didn’t make the big time.

Cremation has taken place. There will be graveside services in Deer Lodge at 11 a.m. on Saturday, May 12. A celebration of Mitch’s life will be held at Scotty’s Bar in Deer Lodge following the services.