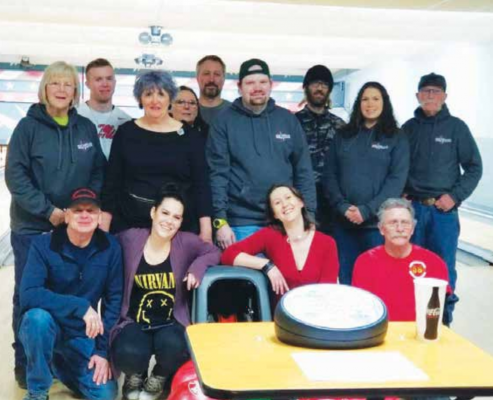 Changes are coming to the Ennis area ambulance service. Starting May 1, the Madison Valley Medical Center will take over where the volunteer-staffed Ennis Ambulance Service will leave off, following a decision made in late 2020 by the Town of Ennis and MVMC. Ennis Mayor Blake Leavitt said the decision came down to several factors, including finances, a decline in volunteerism, and even his role in the process.

EAS exists as an enterprise fund under the umbrella of the Town of Ennis, functioning financially via reimbursements from runs, donations and fundraisers. But when budget shortfalls occur as they have in recent years, Leavitt said, the town foots the bill. That bill, said Leavitt, has included covering volunteer stipends for calls and transfers, as well as retirement plans and unemployment benefits for the EAS.

Leavitt noted that the current service covers more than half the county, and with the city incurring some of the costs, he felt the process just didn’t make sense anymore. “The ambulance needs to be funded by the district, and not just the Town of Ennis, because the Town of Ennis was the one footing the bill, while the ambulance runs in way more areas than just Ennis,” said Mayor Leavitt.

Funding aside, the mayor’s thoughts regarding the upcoming transition to a hospital-based ambulance service circled back to the volunteers who laid the groundwork. “I don’t want it to sound like I don’t appreciate everything those volunteers have done,” Leavitt said. “There’s a long line of them who have done great things, it was just time for a change.”

Additionally, Leavitt, who readily admits he has no medical experience, explained that that the EAS manager reports directly to him. He felt he was not the right person to be making medical-related calls, “so that’s why the hospital makes the most sense, they are medical professionals.”

MVMC CEO Allen Rohrback stressed that the joint decision was made not to fix a service that was broken, rather, to address the community’s needs by providing more emergency medical services as the population continues to grow. MVMC’s hospital district stretches from Ennis to McAllister, Norris and Virginia City.

“We see this really as just expanding upon the service that volunteers have been doing for many years, and have been doing a really good job of,” said Rohrback. “As our community grows, our hospital and medical services have to grow with it, and EMS is a big part of that, and this was an opportunity to include it in our services.”

In fact, part of the plan is to include the volunteers in the new process.

First and foremost, Rohrback explained that the goal is to have on-site EMTs and paramedics available at MVMC 24-7, 365. Those medical center team members will not only rapidly respond to 911 calls, but can also function as emergency room technicians that can do EKGs, draw blood and assist in the hospital and clinic. That staff will also provide community paramedicine, following up with discharged ER patients to see how they are faring.

Also key to the MVMC’s plan and rural hospital staffing model, said Rohrback, is a secondary service provided by paid volunteers that can bolster the staff when they’re out on a call and a second incident arises.

“Having two crews is very important, and a goal of ours,” said Rohrback. “The same community EMTs and paramedics that have provided great services to this community in the past will be just as important to us in the future.”

Community on-call EMTs can also assist staff EMTs with inter-facility transfers, a common need in the aging community. Over the next 10 years, said Rohrback, 70% of his hospital district’s growth will be aged 65 and older. “Medical services have to grow faster than the growth of the population,” he said. “Because older people need more medical services, we have to do our best to keep up with that.”

Ultimately, said Davenport, the plan is to staff registered nurses on transfer runs. “We are excited about these possibilities, we could rely more on ground transfer versus air transfer in the right situations,” she said.

Last year stakeholders in the community’s ambulance service hired a consultant to assess the EAS, finding that while the service was doing a good job, it was facing the same challenges that many rural, volunteer providers face – increasing need and decreasing volunteers.

With the study’s findings in hand, stakeholders discussed possibilities including hiring a private ambulance service and creating a combined service between RVMC and MVMC. Ultimately, the decision to create an ambulance service based out of the MVMC was decided upon.

EAS manager Patti Austin, who has held her post four nearly four years, said that her volunteer team has been more than amazing, handling about 200 calls annually. But, she said, it’s also true that it’s a challenge to find new volunteers as current ones continue to age.

Austin, admittedly disappointed the volunteer service will end soon, said she feels the program could have continued a little longer. That said, she understands the challenges of finding trained volunteers. “Without recruitment, you can’t just go out and find EMTs standing on the street corner,” she said. “The volunteer service is becoming a thing of the past.”

Both Rohrback and Davenport stressed their appreciation for the volunteers who have historically provided the community’s ambulance service.

“We want people to understand, those volunteers are amazing, they do an amazing job, and I can’t thank them enough for all they’ve done,” said Davenport. “This town could not function without them, and they’ve saved a lot of lives.”

Interviews for MVMC ambulance service staffing are currently underway. Rohrback said the transition plan is still a work in progress, with many decisions still being made. The center will provide up-to-date info as it becomes available via its website as well as social media.