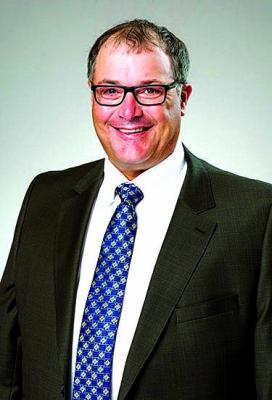 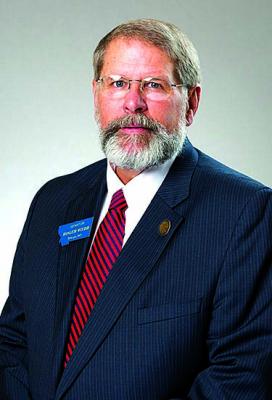 HELENA—Two bills before the Montana state legislature could carry significant implications for Madison County, particularly in reference to historic preservation in Virginia and Nevada cities.

The first of those bills, SB 241, seeks to revise Montana’s resort tax laws to allow for the imposition of an additional resort tax. Spearheaded by Senator Jeffrey Welborn of Dillon, SB 241 appeared before the Senate Taxation Committee on March 12, where it was passed by a 10-2 margin.

If ultimately passed, the bill would give Virginia City’s historic district, along with Montana’s nine other resort tax areas, the opportunity to vote on whether or not to increase their area’s resort tax by 1 percent. The resort tax is levied on the retail value of any goods and services sold in those areas, including lodging and camping facilities, restaurants and bars, ski resorts and recreational facilities—all the amenities used by visiting tourists during the peak seasons.

At a preliminary hearing for the bill on February 20, Virginia City councilwoman Erin Leonard expressed the council’s unanimous support of the bill to the Taxation Committee.

“Virginia City has a population of 178, but it is also a resort community that sees over 500,000 visitors a year, all in a span of one summer season,” Leonard told the committee. “With so many visitors in so little time, we find it makes sense to have visitors help contribute a small amount during their visits to ensure that there will continue to be a place to come back to and enjoy in future years.”

Representatives from West Yellowstone and Big Sky also expressed their support for the bill. In Virginia City alone, a 1 percent resort tax increase would create around $30,000 in additional revenue for the community. The bill stipulates that any additional resort tax revenue be used for infrastructure maintenance and improvements, which in Virginia and Nevada cities could range from the fire department and public restrooms to maintaining the 1860s and 1870s-era buildings visitors enjoy when then come to the historic district.

An attempt at similar legislation was stymied in 2017 after receiving a 50/50 vote in the Senate. Requiring a majority vote to proceed, that bill died. But after a 10-2 initial vote, SB 241 flew through its second and third readings on March 18 and 19, passing both by a margin of 33-16.

SB 241 will next appear before the House Taxation committee, where it will undergo the same process. If it passes that committee, it will proceed to the governor’s desk for approval.

A second senate bill, SB 242, could potentially determine the fate of up to a third of the allocated budget for Montana’s state parks and a sizeable chunk of the funds that go to the Montana Heritage Commission, which restores and maintains the artifacts and buildings housed in Virginia City, Nevada City and Helena’s historic Reeder’s Alley.

SB 242, sponsored by Senator Roger Webb of Billings, seeks to revise the fee structure for Montana’s state parks, fishing accesses and state-owned properties by establishing a windshield decal available for motorists to purchase when they register their vehicles.

Montana had a similar decal system until 2004, when the legislature voted to establish the voluntary $6 fee at time of registration that vehicle owners can opt out of if they choose to. Even with the option to opt out, the voluntary fee has a compliance rate of around 77 percent.

Webb presented the bill to the Senate Fish and Game committee on March 19, citing a statistic that said that implementing a decal could drop that compliance rate to as low as two percent. But having looked at other states that had implemented such a measure, he asked the committee to consider that dip to result in a compliance rate closer to 20 percent.

Rather than the $6 fee, the windshield decals would cost $35 for a household’s first vehicle, and $20 for each vehicle after that. No proponents came to speak in favor of the bill before the committee, but there were several opponents.

One of those was Paul Sihler, chief of staff for Montana Fish, Wildlife and Parks (FWP). He hearkened back to the days when Montana last had a decal system, saying it would be an unfortunate development to go back to that process and calling this bill “déjà vu.”

“It takes Montana state parks to a place we’ve been before, to a time when parks were struggling financially,” Sihler told the committee. “I do not believe that it is Senator Webb’s intent to financially cripple the park system, but I believe through lack of participation and sticker shock at the price increase, that is the inevitable consequence of Senate Bill 242.”

If the bill passes, Sihler said he would foresee such financial hardship that the state parks would have to cut up to 14 percent of its total staff, including park rangers and maintenance employees.

Montana Heritage Commission (MHC) executive director Elijah Allen also spoke in opposition to the bill. The MHC, Allen says, receives 38 cents from each $6 fee, but that adds up to nearly half of the state-allocated funds the commission receives each year.

“The Montana Heritage Commission uses these allocated funds to restore and preserve 276 historic buildings ranging from the 1860-1875 time period,” Allen told the committee. “We have 1.2 million Americana artifacts: more than Gettysburg and second only to the Smithsonian.”

Primarily, those funds are used for keeping the historic buildings and the boardwalks in Virginia City and Nevada City safe for the thousands of tourists that use them. If that money disappeared, Allen noted, the consequences could mean injuries or lawsuits.

SB 242 remains under deliberation by the Senate Fish and Game Committee, with a transmittal deadline of April 1. If no action has been taken by that point, it will be considered dead.