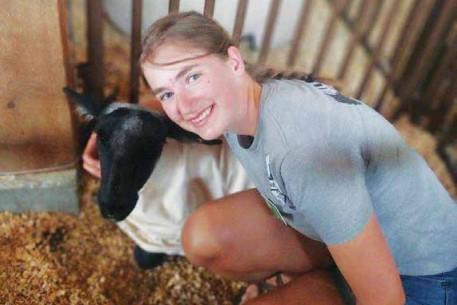 F or only the second time, a Madison County resident has been named to a 4-H state office. Abigail Curtis, 17, will be representing Montana as an Ambassador, Officer/Publicity Chair.

Head, heart, hands and health, the four “H”s of “4-H” are well represented in our corner of the world. What began over a hundred years ago in agriculture communities, the youth leadership and development program has expanded to create connection and opportunity in most every kind of community today. As a rural county, even a rural state (don’t tell Bozeman I said that), we have become accustomed to associating 4-H with the animals at the fair. While certainly a significant and tangible example of 4-H’s mission, ‘learning by doing’, there is so much more we don’t see.

The concept of 4-H began in the late 1800s when people realized that farmers and ranchers were not open to new information and techniques being discovered, but the younger people were open to it, and open to learning it, particularly when hands on. Youth groups were formed by 1902 and now the program is available in every county in the nation. Their programs fall into three categories, STEM (science, technology, engineering & math) and Agriculture, Healthy Living and Civic Engagement. (4-H. org) Space exploration, photography, sustainable farming, and oceanography are just a few of subjects offered to its members.

Curtis, who has been in 4-H for over seven years, and a Cloverbud before that, (4-H for kids 8 and under, says the program has had “a big impact… [and she has] learned so many skills the further she goes in the program.” Diligence, hard work and communication skills were just a few Curtis mentioned. Her parents, Brian and Tanya Curtis, added that 4-H has “been so good for Abby. It has built character and given her confidence.”

As an Ambassador and the Publicity Chair from July 2022 through July 2023, Curtis will represent Montana on forums such as Snapchat, attend monthly officer meetings and two statewide conferences as a member of their congress. She will also get the opportunity to attend Ambassador training, Leadership Academy and Recreation Lab. What looks to be a busy year for Curtis has already begun by participating in the Madison – Jefferson County Fair and assisting at the Small Fry Stock Show in Ronan and Round Robin in Lewis & Clark County.

Congratulations and good luck to Abigail Curtis. Be sure to encourage the 4-H members in your life and for more information on the array of opportunities the program can offer go to www.4-h.org.