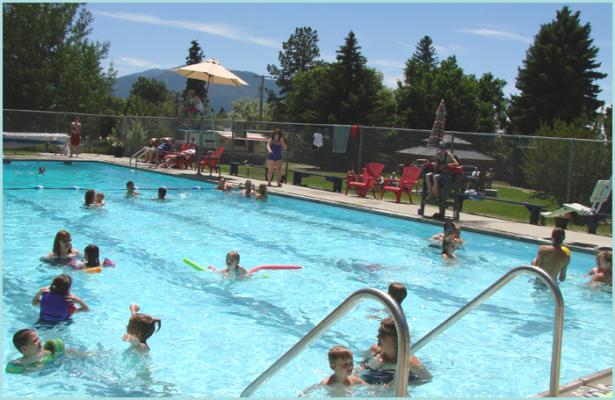 SHERIDAN -- Sheridan Town Council approved portions of a task order Monday that will allow Great West Engineering to begin work on a transmission water main to connect a new well to the town water system.

The town is currently relying on one well for its water supply, but has another well producing aerated water that can be used in an emergency. Northern Rockies Engineering is working on construction of a new well in the Carey Lane area. Sheridan council hopes to place the new well into service this summer and solicited GWE, the town's on-call engineer, to oversee construction of a water main to connect the well to the town water system.

Following a discussion of project costs, the duration of the project and funding availability, council approved the first four tasks, but withheld approval of the final four tasks until future meetings. The calculated cost of the four approved tasks is $42,000.

One of the tasks deferred by council, a full-time GWE resident project representative for 60 days at a cost of $69,500, raised concern among Mayor Bob Stump and councilmembers, who suggested the project could be completed in a shorter amount of time. Council expects to determine the duration of project construction when construction contractors submit bids for construction of the water main.

Stump said he would meet with a U.S. Department of Agriculture - Rural Development representative on Thursday to discuss emergency funding for the well and transmission line. The mayor said preliminary discussions indicated funding might be available from USDA-RD and the State Revolving Fund. "We've been talking with State Revolving Fund for five months about funding our water project that was supposed to be done this summer," he said. "They had agreed, at least verbally, that we could use the money that they had set aside for us, which was $1.1 million, to use that on the well. Now, Laura at RD is saying she would like to pool that money with the SRF money and make it a project. It would be somewhat complex because we have two engineers working, but Northern Rockies would be isolated at the well; Great West would do the transmission line and whatever other stuff in town we were going to do."

In February, council heard an analysis by Montana Rural Water expert Dan Kramer, who told council the base water rate, without an optional usage fee, should be increased to $45.40. During Monday's meeting, council discussed the inevitability of water rate increases.

"There is a process you have to go through if you want to raise your rates," said Stump. "That is something we really have to do. Especially if we want to get a loan from anybody, we're going to have an analysis and they say, 'your base rate has to cover your loans and your O&M (operations and maintenance)'....We have to have a resolution of our intent to raise rates and we have to have a public hearing and receive any feedback we get from the public. The next step is a resolution to raise the rates."

The mayor said discussion of a water rate increase would be placed on the agenda for the May council meeting.

Sheridan pool will not open without repairs

The pool facility is owned by the town, leased and partially funded by the park district, and operated by the pool advisory committee.

"The pool was built in 1966 and I'm not aware of any major improvements, other than the liner and band-aid things that need to be fixed as they break," said Graham. "So, for us to even open, we have to have the cinder block repaired. That definitely would be a liability if we didn't have that done."

Graham said other repairs would be needed in the future, including new sand filters, at an estimated cost of $10,000.

"As I understand the history, these are the issues when the town just could not afford to keep the pool open," said Stump. "It just takes so much. I'm at a loss."

"Just a reminder that the city still owns the facility," said Pearce. "We're going to use what we can, but our budget doesn't allow that either."

Doornbos suggested a cost-share arrangement between the town, pool committee and park district to pay for the repairs.

Councilmember Mike Walter spoke in support of keeping the pool open. "We need to do everything we can to keep the pool open," he said. "It's what sets us apart from other towns."

Stump said council would investigate possible funding sources to help fund the pool repairs. "We'll see what we can do," he said.

Madison County Sheriff Roger Thompson gave a report on law enforcement activity in the Sheridan area for the past month. The sheriff said a reported missing person's vehicle had been located at a trailhead in California, and it is believed the individual is on a hiking trip. An individual causing a public nuisance at a bar was arrested and had an out-of-state warrant, and is incarcerated. A report of possible gunshots on Mill Street turned out to be backfires from a vehicle that was being worked on. The sheriff's office continues to investigate vandalism at the library, but no suspects have been identified.

Thompson said three suspected mailbox thieves had been arrested in Butte, and might be the same persons who committed similar crimes in Madison County.

In other business, Sheridan council:

• Renewed a lease between the town and park board for the pool.

• Heard an update from library director Bill Talbott, who reported the library is seeking an Experience Works participant to work at the library.