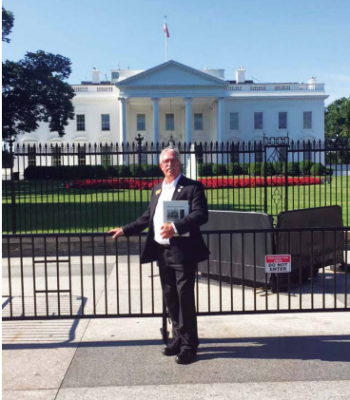 L amenting upon the recent loss of his oldest brother, Madison County Commissioner Jim Hart announced at the Oct. 5 regular commission meeting that he’d be resigning from his seat at the end of the month.

“I prefer to call it retirement,” Hart told The Madisonian on a blustery Oct. 11 as he waited in line along Highway 287 for Norris Hill to reopen to traffic. The 69-year-old explained that the loss of his brother had him rethinking his own priorities, ultimately prompting him to end his service on the commission about a year ahead of schedule.

“It’s time for me to pay a little more attention to myself, and to my family,” said Hart.

The Ennis and Big Sky-area commissioner moved to Madison County in 1977, where he taught at Ennis School District for nearly 30 years.

Hart’s service as commissioner began in January of 2007, a position in which he hit the dirt roads running. It’s a career that, other than the regular Tuesday public meeting day, rarely had regular hours and occasionally spilled into weekends.

“It’s never typical and never boring,” said Hart, whose days often start at 7 a.m. or earlier, just as they did on the 11th when he received school bus and downed-tree related calls before the sun even rose for the day. Days frequently continued into the night for the many departmental board meetings he’d attend to stay on top of the county’s goings-on, “You kind of have to know a little bit about thousands of things.”

Those all-hours calls from his constituents with comments and concerns didn’t seem to faze Hart, rather, when asked about them he seemed proud to have facilitated the interactions. Even the daily county-related discussions he’d entertain while grocery shopping or out to eat, which may seem unwelcome to others, were a sort of badge of honor for Hart who welcomed the relationships.

Highlights from his 14 years as commissioner were many, but the first thing that came to mind, when asked, were the residents of Madison County.

“The highlights are always the people,” said Hart. “The people of Madison County have been really good to me for almost 45 years.”

As for commission-related successes, Hart mentioned the improvements to Varney and Blaine Springs bridges, among many other bridge replacements and culvert additions. Improvements to both county airports, nursing homes and roads also came to mind.

Travel across the state and even the country was another commission high point for Hart, who also served as Montana Association of Counties president from 2018 to 2019.

Hart said he plans to stick around his usual stomping grounds and is looking forward to staying busy with a part-time job and getting in some more days of golf. With a little more free time on his hands he also hopes to get involved with civic organizations.

Hart’s last day as county commissioner will be October 31. His term was set to terminate at the end of 2022, so in the meantime Commissioners Ron Nye and Dan Allhands will accept applications and appoint Hart’s replacement for the rest of 2021 and 2022. That new commissioner can then, if they’d like to continue with the position, and if multiple candidates arise, run for the seat during the next primary election.