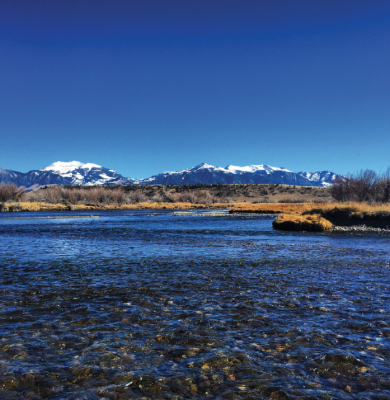 No plans for a plan

Thu, 08/29/2019 - 8:47am
By
Hannah Kearse
news@madisoniannews.com
“There’s plenty of room to compromise,” - John Way, Ennis chamber of commerce, , owner of the Tackle Shop and Chairman of the Montana Outfitting Board.

The recent discussion on Madison River regulations was finalized at the Montana Fish, Wildlife & Parks commissioners meeting Aug. 15. FWP was not able to provide a collective proposal to address recreational concerns of the increasing fishing pressure on the Upper Madison River.

FWP considered the social conflicts to the steadily increasing angling pressure on the Upper Madison River, which they estimated grew to about 180,000 angler days in 2016 and continues to increase faster than anywhere else in the state. An angler day is an angler fishing one body of water for any amount of time on a given day.

Multiple surveys revealed a growing dissatisfaction among non-resident and Montana anglers with the number of fishermen on the Upper Madison River and traffic at the river access sites. FWP attempted to apply their findings to action but could not, due to the department’s inability to agree on an approach. The unexpected consequence of escalating divisiveness in the community with limited access to information was partly because FWP was unable to develop a proposal and advance to the public comment period of their process.

The assessment and draft of the Madison River Recreation Management Plan was presented to FWP commissioners April 2018. The commissioners rejected it, directing FWP to form the Negotiation Rule Making Committee to re-draft the proposal. The committee was unsuccessful and dissolved.

FWP commissioners have to approve proposals for public comment to be an official proposal. This did not happen, but public comment commenced. A formal avenue was not presented for the public to discuss or contribute to possible solutions for over a year after the original MRRMP was presented to commissioners.

“There’s been a lot of public process but not proposal for public comment,” Montana FWP spokesman, Greg Lemon said.

According to Montana FWP Fisheries Administrator Eileen Ryce, uncertainty and rumors swirled in a mixture of assumptions about the possible Upper Madison River regulations.

Through three different surveys – remote sensing, a mail-in survey and a creel survey – from 2015-2017, FWP complied data with the public’s participation. When developing a plan, they considered specific parts of the Upper Madison River that survey-responders had scaled as the most crowded and unsatisfied. They also focused on the most problematic season in these specific stretches of the river, which was surveyed to be the peak season, June – September.

The section of Madison River between Quake Lake and Lyons Bridge was being considered for wade anglers only, to reduce competition. In the ‘90s, FWP banned fishing out of a boat in this area. Whitecapped rapids splash through about one and a half miles, but the slack water along the banks are fishy, though difficult to get to.  Some know the banks as the Slide.

Pinned between highway and private property, some were concerned that the possible regulation would target commercial-use and benefit land owners.

“Based on a decade of work including surveys of public input, it’s more than obvious that there are legitimate public concerns with river recreation on the Madison,” Ryce said. “These concerns are not a fabrication of certain individuals with alternative motives and to suggest otherwise is disingenuous.”

Madison County’s leading economic driver, outfitting, was not invited into the process. Any proposed regulations would affect them in some way and they were not able to be a part of the discussion. Some in the outfitting community were concerned about making regulations based on a social construct alone since, the fishery is healthy.

As a member of the Ennis Chamber of Commerce, John Way, owner of the Tackle Shop and chairman of the Montana Outfitting Board, wrote a letter to Governor Steve Bullock urging resistance on any regulations before all information was released. According to Way and the Ennis Chamber of Commerce, FWP “may significantly restrict opportunity and target specifically the guided and non-resident fishing segment.”

FWP surveyed fish populations in certain locations through the creel survey, considering catch and release mortality. The threshold of the number of times a trout can endure being caught is a tough thing to study, according to FWP Fisheries Manager, Travis Horton.

Another component of the recreation plan would have been a rotating restoration river section.

During the 15-week-period of peak season, a section of the river would be set aside for non- use on Saturdays and another on Sundays. According to Ryce, restoration has been a success with pressure issues on other rivers.

Pressure on this Montana fishery is growing on average about 15 percent a year. Other rivers like the Big Hole and the Blackfoot have seen restrictions successfully pass with public support.