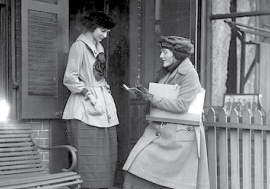 While the county’s population increase of nearly one thousand new souls doesn’t exactly constitute a surge, it bears out the perception of many residents: that Madison County is growing and feeling the effects of more people.

The 2020 U.S. Census counted 932 more people here than it did in 2010 – a 12.1% increase over the past decade. An anecdotal argument could be made that if the count were taken this year, a substantial increase over the 2020 numbers would likely be registered. But there’s no way to quantify that speculation until the next census count scheduled for 2030. Given the rate of change we are experiencing both locally and nationally, who knows what a 2030 snapshot will reveal?

State-wide, our population grew by 9.6% to 1,084,225, moving Montana to number 44 among the states. As a consequence of more people, the state gains a new congressional district, doubling its representation in the U.S. House of Representatives – from one to two members. The state legislature will use the 2020 census data to draw the new congressional district boundaries.

Montana’s population growth has not always been consistent, and neither has Madison County’s.

Madison County’s growth over the decades has been somewhat erratic. Here’s an example of 20th century trends:

Estimates are not comparable to other geographic levels due to methodology differences that may exist between different data sources.

Some estimates presented here come from sample data, and thus have sampling errors that may render some apparent differences between geographies statistically indistinguishable.

(a) Includes persons reporting only one race

(b) Hispanics may be of any race, so also are included in applicable race categories

FN Footnote on this item in place of data

- Either no or too few sample observations were available to compute an estimate, or a ratio of medians cannot be calculated because one or both of the median estimates falls in the lowest or upper interval of an open ended distribution.

N Data for this geographic area cannot be displayed because the number of sample cases is too small.