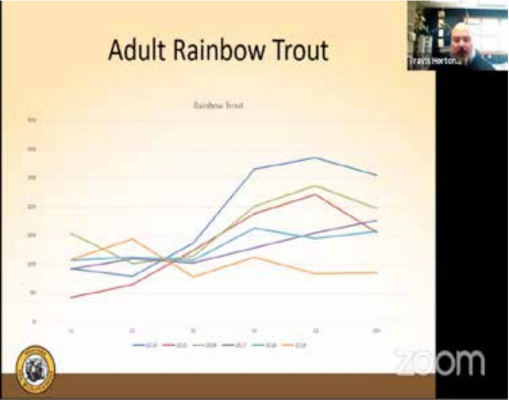 The public process of determining regulations on the Madison River began with the Montana Fish and Wildlife Commission’s adoption of two petitions Aug. 13.

The Montana Fish, Wildlife and Parks Department will use both petitions, one from the Montana Sportsmen Association and one from the Fishing Outfitters Association of Montana (FOAM), to draft a proposal for recreation regulations on the Madison River. Montana’s Administrative Procedures Act will dictate the process going forward. The saga of regulating the Madison River has expanded over decades without ever entering the rulemaking process until now.

“This would initiate a public process where we could refine and answer some of those questions that some of the commissioners raised,” Fish and Wildlife Commissioner of Region 3 Pat Byorth said. “This isn’t setting anything in stone. This is starting to carve something that will be playing out over many years including reiterative analysis and refinement.”

The Montana Secretary of State regulates the state law that requires government agencies to include public participation in all actions of rulemaking. The law, Montana’s Administrative Procedures Act, also provides a system of checks and balances on government actions through legislative and judicial review.

“Fisheries will be issuing another environmental assessment in conjunction with this rule making process,” FWP Legal Counsel Becky Dockter said.

The environmental assessment that was completed June 13 was not released for public comment. But a new assessment will update the previous one and analyze potential impacts to the economy and resource.

According to Dockter, the public will have at least three opportunities to participate in the rulemaking process. The draft management-plan will need public comment to decide certain regulations that the two petitions disagreed on.

“What I see in these petitions is quite a bit of refinement in response to both public comments and stakeholder participation,” Byorth said. “Whereas neither petition is probably perfect, both have been refined to the point where we have fairly consistent agreement. I want to applaud all these people in the outfitting industry, anglers and business people who’ve come together to try and focus this discussion in a positive direction.”

Three recreation management petitions were denied November 2019 because the Fish and Wildlife Commission could not reach a consensus. The Madison River is the most studied river in Montana. Efforts to address social conflicts on the river date back to 1959, when fishing from a boat between Hebgen Dam to Varney Bridge was closed.

FOAM disapproved of any kind of boat closures to reduce crowding on the river. Michael Bias, the executive director for FOAM, said that less space or exclusive space for any user group would not decrease crowding but increase it. The Montana Sportsmen Association wanted watercrafts and floatation devices banned from the Quake Lake FAS to the Lyons Bridge FAS, and from the Ennis FAS to the Ennis Reservoir, Friday through Sunday between June 15 and Sept. 30. The public will have options in FWP’s drafted proposal where the petitions differed.

FWP’s last scoping survey of Madison River regulations in 2019/2020 received almost 8,000 responses, one of the highest public participation rates in FWP history. The survey supported outfitting caps, which both groups have agreed should be capped at the historic 2019 levels. FOAM outlined ways that commercial use could have flexibility with the capped levels including flex trips, which allow outfitters to go beyond their allocated number of guided trips on the Madison River when other rivers are unavailable due to circumstances out of their control.

“We have gone from 130,000 to over 215,000 angler days just in the upper river alone in the last nine years,” Byorth said. “The trout population data is not conclusive, but as a former biologist – the one who collected seven or eight years of that data – I’m concerned.”

The Fish and Wildlife Vice Chair, Richard Stuker, was the sole commissioner who voted against moving a Madison River management plan to the rule making process. Stuker wanted assurance that FWP would include defining the river’s carrying capacity for anglers. The idea for a defined carrying capacity came from the 2013 citizen advisory committee, which the Fish and Wildlife Commission appointed to make recommendations for a Madison River recreation management plan. The process halted in 2014 due to FWP’s lack of financials but picked up in 2016.

“I don’t know that carrying capacity is easily defined,” Byorth said. “But I think the petitions represent a way to look at commercial use and non-commercial use in a way that gets us to that answer."