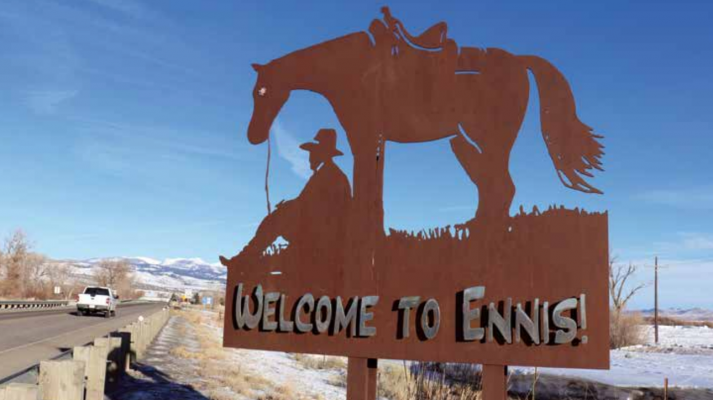 Ennis Town Commissioners met with architecture, engineering and design firm Cushing Terrell on Feb. 18 to kick off the development of a master plan for the community. The eight-month process began with a lengthy discussion on which issues the commission felt need to be addressed.

Housing challenges were at the top of the list for Ennis Mayor Blake Leavitt. The last time he looked, there were only two properties available in the town of Ennis available for someone to move into. “People move here and there’s nowhere for them to go to,” he said. “It’s a major issue because we are growing at a really quick rate… so that’s something I think we really need to look at.”

A pure lack of inventory is the issue at hand. Leavitt stated that the North 40, a large area open for development, could be part of the solution. Three multi-family housing projects are currently being considered there and a number of single-family homes are being constructed.

“How we develop that area, we have had a lot of great ideas in putting shops in there, businesses of some sort, housing, to make it almost an extension of the downtown,” said Leavitt regarding the North 40.

Cushing Terrell Principal Wayne Freeman asked if the town had considered expanding its jurisdictional boundaries. Commissioner John Bancroft said before that’s even considered, the town needs to know how much the water treatment lagoon can handle. A wastewater analysis by Great West Engineering is currently underway for the town.

A similar water and wastewater analysis was done several years ago, said Leavitt, and “we were in really good shape, but we are a little more nervous now that we’ve got these projects coming in, thus why we went ahead and asked for it.”

Stepping back a bit, Freeman posed the 30,000-foot question to the council, “How do you feel about expanded growth? Is it something you’re embracing, or does that scare you?”

Leavitt offered his thoughts. “I think we want growth… controlled growth, to a point… we are going to grow whether we want it or not, but we want to be able to control what’s happening as it goes on.”

Commissioner Lisa Roberts agreed. “We see that it’s coming, and we need to do it right,” she said, explaining that she moved to Ennis for its sense of community. “So, I don’t want to lose that. (We want) to really maintain that sense of community without being more of a bedroom community, to either Big Sky or to Bozeman, we still want to retain our identity as Ennis, a small western town with cowboys and fisherman.”

Employment was also a priority for Leavitt and commissioner John Bancroft, “but without the housing, there’s no growing in this place. We’re stuck in the water. You have to have housing for people to work here,” said Leavitt.

Speaking of water, the discussion also touched upon whether or not there’s enough potable water for a large growth spurt. One of the community’s two wells temporarily went down recently, and the single well performed well enough to meet demand. But if growth does continue, a new well will likely need to be added to ensure water flows even if one well goes out.

Other goals and concerns thrown around by the commissioners included sprucing up the entryway corridors and adding town amenities like parks, playgrounds, trail systems and sidewalks. School district expansion, a process currently underway at Ennis High School, was also touched upon.

Phase One of the eight-month Ennis Community Master Plan process begins now. Over the next two months Cushing Terrell will do outreach, stakeholder interviews, facilitate public input and deep dive into existing documents for background. The commission will offer advice on which folks Cushing Terrell should reach out to. This work will culminate in a future presentation with the commission to discuss what’s been seen and heard.

Phase Two, the analysis and findings phase, will begin to sort through the information and goals given to Cushing Terrell by the commission. Public outreach meetings, potentially in-person but possibly virtual, will be offered. There may also be opportunities for community members to take online surveys and view presentations at their leisure to help drive the process.

Phase Three should commence in the middle of the summer. At that time Cushing Terrell will illustrate its initial findings and data. At that stage they’ll also hold a half-day workshop focused on funding sources and employment issues and alternatives.

Final phases Four and Five will be the preliminary and final master plans.