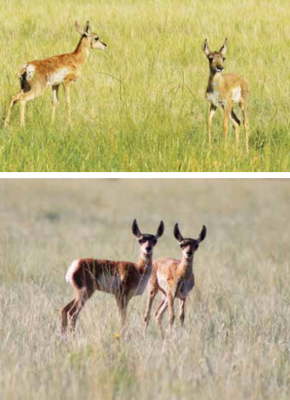 Fire ecology: it can be bad, but not always all bad

Something seemed weird. The Western Meadowlark perched atop a small aspen outside the window for a long time, looking around and clucking. Most Meadowlarks are skittish, keeping their distance from people and dogs. This one wasn’t. And the clucking noise sounded odd. Could he have become disoriented from the smoke that has put a lot of people in a grumpy mood this past week?

We know how the recent fires are affecting human behavior. There’s a lot of worrying and a lot of complaining, along with a great deal of respect for the hot shot crews who are on the frontlines keeping us safe. Some anglers say the trout remain low and inert when the air is smoky. Others say the unwanted haze keeps the temperatures down, and that helps the fishing. Many of us think twice about going out for a hike or bike ride when air quality is compromised by smoke. This week, some of us are trying to convince our out-ofstate houseguests that we really do live with spectacular views of the mountains. Last Sunday the Trinity Church in Jeffers appealed to a higher power when the congregation recited the Book of Common Prayer’s petition for rain.

What about our wildlife population that, despite recent human growth, still out-numbers us? What’s their coping mechanism?

Some species survive, some suffer mortalities, and others may benefit. Among the winners: the black-backed woodpecker, a native bird that makes a living here year-round off of burnt trees.

“The black-backed woodpecker is a fire specialist,” says Kyle Moon, board member and program chairman, Sacajawea Audubon. “This bird utilizes burnt trees for insects and nesting cavities.” Moon notes that fire is a “natural process in a western landscape, so some species benefit.”

The birds that may be at greatest risk now are those that are still nesting and in the pathway of wildfires. Birds have highly sensitive lungs (the “canary in the coalmine” metaphor) that can be compromised by smoke. Fires can affect migration patterns, causing birds to migrate sooner.

“From a bird perspective, fires can change the assemblage of birds in a particular place,” says Dean Waltee, a wildlife biologist for Montana Department of Fish, Wildlife & Parks (FWP) who works out of Sheridan.

“If it’s a ‘stand replacement fire,’ adult fir, pine or spruce trees will be killed. This will change habitat from what’s called ‘late succession conifer forest’ to an ‘early succession shrub and grass habitat type.’ You can also expect to see where aspen stands remain, the sprouting of aspen and expansion of deciduous forest. Birds that rely on late conifer forests will be negatively impacted,” Waltee said. “Post-fire, expect to see different species of birds. You’ll start seeing grasses, forbs and some deciduous shrubs sprout as early as we get moisture this fall.”

How will the mammals that we enjoy viewing in our county fare during this fire season? Pronghorn, frequently seen in rangeland in Madison County, have lived in North America for 20 million years. Since these animals, often mis-identified as “antelope,” live in open areas, forest fires don’t typically affect them. There have been reports of sad incidents where fires have driven pronghorn into fences they can’t get under or over.

Julie Cunningham, wildlife biologist with FWP, is following pronghorns in the Madison Valley that have been radio-collared. “We’ve learned they have the ability to get up and move to avoid fires or severe winters. We’ve identified three herds in the Madison Valley, and will be learning more if the fire areas overlap where the collared animals are found. So far, we’ve seen two pronghorns that are staying within the Goose Fire closure area.”

“In some cases fires will increase quality of forage for elk and deer, especially forage utilized by elk during summer,” he said.

How soon after a burn can elk and deer start to forage? “As soon as we get precipitation,” Waltee said. “In a burn area, the roots off some plant species will remain alive beneath the soil. As soon as they get water, probably this fall, they will sprout, then elk and deer will seek them out. I’ve seen elk and deer in burned areas foraging while logs are still smoking,” he noted. “By next growing season there may be lots of elk, deer and moose using the post-burn environment.”

Victoria Saab, a research biologist with the U.S. Dept. of Agriculture Rocky Mountain Research Station, has studied birds and fire since 1994.

“Historically species co-evolved with fires in the west,” Saab explained. “However with climate change and extreme conditions of long-term drought with record-breaking temperatures, fires are larger and have higher severity, and the fire season lasts longer. It’s not well-known how species are going to adapt to these different conditions. Or if plants and soils will recover to pre-fire conditions.”

Saab surveyed burnt areas after the Bridger fire last year, and observed that it burned in a mosaic pattern, “within the historic range of variability.” She looked at shrub re-vegetation in the post-burn area and surveyed nearly 40 species of songbirds and woodpeckers.

“The Bridger fire burned in Douglas fir forests similarly as compared to the past,” she concluded.

When asked if local songbirds such as the oddly behaving backyard Meadowlark are being harmed by fires burning in and around Madison County, Saab said “ecologists are concerned about species that are narrowly distributed and that occur only within small ranges. Researchers are looking at smoke and how it affects songbirds and their migration. Combine smoke with the extreme heat, and there is reason for concern.”

In an article published in the Sacajawea Audubon newsletter, December 2020, Saab elaborates: “Ecologists fear that incinerated ecosystems and avian species with small or restricted ranges will fail to recover in a warming climate.”

As noted in her Audubon article, Saab “looks forward to following the ecological and bird community changes of the Bridger Foothills Fire in the coming years.”