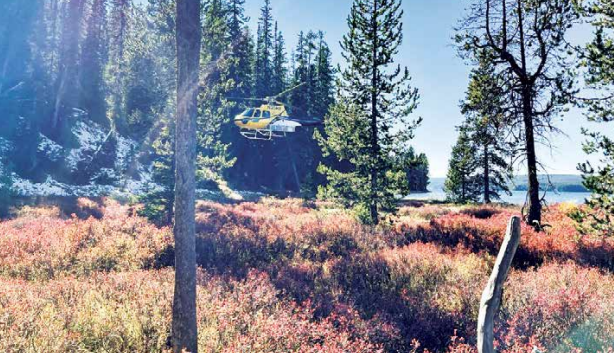 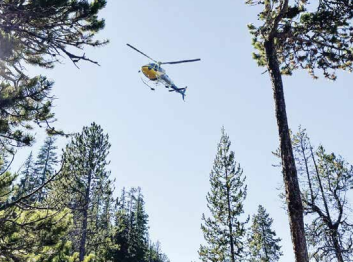 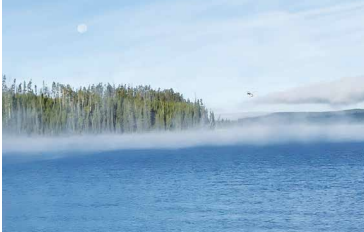 Mobilizing interagency search and rescue (SAR) personnel, the National Park Service sent in ground and air teams to check on the missing canoeists on Sept. 19. Shortly after, the crew discovered an unoccupied campsite with a pitched tent on the southern edge of the lake. The body of O'Neill was discovered the next morning along the eastern edge of Shoshone Lake along with a canoe, paddle, and PFD on Sept. 20. Kim Crumbo was not located.

Shoshone Lake lies in the southwest region of Yellowstone National Park. It is the second largest body of water in the park and sits at 7,795 ft. Backcountry enthusiasts must either hike in 2.9 miles from Delacy Creek Trailhead or paddle Lewis Lake and then four miles up the Lewis River to get to Shoshone Lake. The lake is not accessible by road. In a crowded place like Yellowstone National Park, this large backcountry destination attracts folks looking for solitude and an authentic wilderness experience.

According to Yellowstone’s website, “The leading cause of death in Yellowstone’s backcountry is cold-water (hypothermic) drowning. Over 100 people have lost their lives in the park’s cold lakes and streams. Water temperatures on Yellowstone, Lewis, and Shoshone lakes are in the 40s (Fahrenheit) in June, and the 60s by late summer. Survival time is minimal in frigid waters. In addition, sudden strong winds can produce 3–5-foot waves.”

The National Park Service also warns paddlers to be wary of Shoshone Lake’s moods in the Yellowstone backcountry trip planner. A person can only survive in the cold water for an estimated 20 to 30 minutes before becoming severely hypothermic.

“High winds are an almost daily occurrence on the lake. Arrange your itineraries to avoid open-water crossings in the afternoon. Travel in early morning or late afternoon for easier and safer conditions. We suggest you select a site on the southern shore of the lake for the first night of any trip.

Travel close to shore and within sight of other party members. Limit wind and wave exposure by using protected bays. If a crossing is necessary, evaluate conditions wisely and cross only at “the Narrows” (see map). Place at least one experienced paddler in each boat and consider practicing capsize recovery techniques with all party members prior to your trip.” However, both O’Neill and Crumbo were experienced in backcountry travel on water and land. Crumbo served in the Navy SEALs, worked as a park ranger in Grand Canyon National Park, and enjoyed life as a professional river guide for close to a decade. O’Neill lived on the rugged Olympic Peninsula of the Washington coast, about 50 miles northwest of Seattle, which is known as one of the wettest places in the Lower 48.

As of Friday, Sept. 24, Yellowstone NPS announced they were transitioning from a rescue operation to a recovery at Shoshone Lake after five days of intense searching for Crumbo. “Crews swept all the trails in the area, searched the entire Shoshone Lake shoreline by boat and gridded the open water by helicopter,” wrote NPS in a press release.

The NPS Submerged Resources Center (SRC) will join the incident over the weekend from the Denver, Colo. area and begin using sonar to sweep the bottom of the lake. Their team is made up of eight members. If conditions allow, according to the National Park Service, it is possible the SRC could use divers to assist in a recovery. Shoshone Lake however is 200 ft deep in some places and the water temperatures regularly sit between 40-50°F. With low water this year and the inability to access the lake by road, the SRC’s equipment and boat had to be flown in. As of Friday, Sept. 24, Crumbo had still not been found.