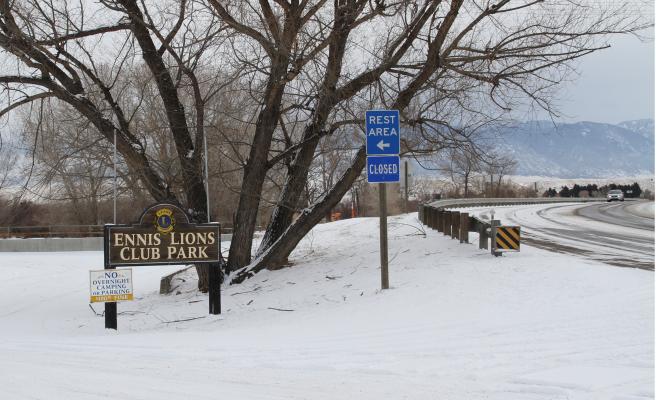 ENNIS -- The Town of Ennis has a new draft zoning ordinance, which is under review by Ennis council and available for public inspection. If enacted by council following public hearings, the draft would replace the current town zoning ordinance in its entirety.

Great West Engineering senior planner Jerry Grebenc participated via videoconference during the Feb. 8 Ennis Council meeting and provided information on the draft ordinance. Grebenc and a town advisory committee, consisting of Kaye Suzuki, Mark Odegard and councilmember Lisa Roberts, have been working on the draft for several months.

"The project, overall, has been looking at an update of the town's overall codes, zoning and subdivision regulations, putting together some design standards, and looking at an annexation policy for the town," said Grebenc. "But the primary focus of the committee has really been the update and revision of the town's zoning code. That process has definitely taken more time than we anticipated. But, frankly, from my perspective, I think it has resulted in a document that likely reflects Ennis' values and needs far more than if we had pushed it really hard."

During the public comment period, Chris Murphy asked if there was a "red-line" version of the draft ordinance, showing changes alongside the original text. Grebenc said changes were extensive and that no red-line version is available.

"That would be extremely difficult to do," said Grebenc. "The existing code, at least in my professional opinion, was put together in a manner that makes absolutely no sense. There were administrative sections scattered all over. There were forms and applications that were in the regulations. They're not regulations; they're just administrative documents. The advisory committee and myself talked about that at length, and it would be virtually unreadable if I tried to do that."

Roberts said the committee attempted to track changes initially. "We were trying to track the changes, and it just got to be we were moving whole sections just for administrative," she said. "It was just really hard. It was so much input from different people who were working on it. It just got to be so hard to read."

Roberts noted setback distances had been universally reduced. "For the setbacks, we relaxed them all," she said.

Grebenc reminded council the new ordinance, if enacted, cannot be applied retroactively. "The other important thing to remember is that the new zoning code technically will only affect new uses or changes in uses," he said. "Anything that exists at the time that any zoning code is amended or updated, even if it doesn't comply with the zoning, is legal as a non-conforming use."

With the new draft in hand, council determined that several work sessions will be required to review the entire draft ordinance. "We've got 100 pages here," said councilmember John Bancroft. "Technically, we have to go over every one of them.... It is going to take a number of work sessions to go through this thing completely and hopefully come to everybody's satisfaction."

Council scheduled the first zoning work session for March 13 at 6 p.m. Changes to the draft ordinance can be made at any time during the public review process. The draft ordinance is available on the town's website and is appended to the online version of this article.

Brummel said county officials have been working on the plan for two years. "What's really important is chapter five, mitigation strategies," he said. "That's what gives you the authorization and the backbone, and it helps with your wording, when it comes time for you to push forward for federal granting to assist you with emergency planning within your community."

Council agreed to review the plan for future action. A copy of the plan is available on the county website.

Mayor Blake Leavitt said he had met with Lion's Club representatives the previous day to discuss an updated agreement for the operation of Lion's Club Park. The mayor distributed a draft of the updated agreement for council review. "The last time we did anything on this was 1995," said Leavitt. "I figured we should go back and look at it. One of the changes - we need to make sure we have all the inventory and what-not, so it's insured properly, and we're not insuring stuff that they don't have anymore."

The mayor said he had included a five-year time period on the agreement to ensure it is reviewed periodically by council. Leavitt asked councilmembers to review the plan for future action.

Ennis Chief of Police John Moore requested a budget resolution of $18,500 to allow him to purchase an all-wheel-drive police cruiser and a new vehicle video system for the department. The chief said a video system installed in his cruiser is obsolete, experiencing malfunctions, and no longer has any technical support.

Moore told council the town's current police cruiser, a two-wheel-drive Crown Victoria, is unsuitable for winter driving. "So far this winter, I've been stuck three times," he said. "An all-wheel-drive would help that immensely."

The police chief said reserve funds are available for the vehicle purchase. "What I'm asking for is to get the money out of my vehicle reserve to replace the Crown Vic we have right now," he said. "When I do get a new patrol car, it is completely compatible - just move from one car to the other car. I will be doing the install, because I really don't trust anybody else to touch the vehicle, so there's no other expenses incurred with that."

Moore said he had registered on the state agency list for the possible purchase of a retired highway patrol vehicle, an AWD Dodge Charger. "I have my name on the list right now," he said. "I do not have to take the car when it comes up. I can just ask to be put back on the bottom of the list."

Councilmembers Brian Vincent and Brandi Palmerton inquired why the department already has another Dodge Charger. "What about the Charger we already have?" asked Vincent.

Moore explained the rear-wheel-drive Charger was acquired with training funds and is used for travel to training events, to reduce mileage accumulation on the patrol car. "It was originally purchased basically as a training car and we used training funds to purchase it," he said.

Council voted 5-0 to approve a resolution authorizing the $18,500 budget adjustment and the purchase of a used AWD police cruiser and a new video system.