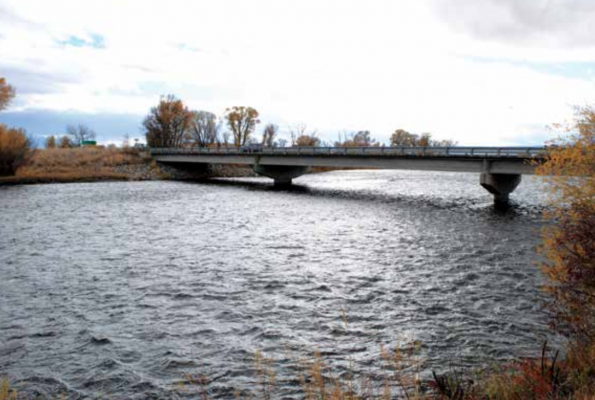 “We’re anticipating some extensive road repairs will be necessary at Ennis FAS, but since the site is still inaccessible, we haven’t yet been able to fully assess the damage, let alone begin the repairs. Hence the delayed timeline and possible necessity for an extended closure,” Morgan Jacobsen, information and education program manager with FWP, said. An emergency closure went into effect on Feb. 16 and extends 120 days until June 16.

FWP requested the commission approve a biennial rule seasonal closure in order to repair each site as it was not clear how much repair would be needed.

“The commissioners and I all worried that to leave it open ended would cause a lot of problems,” District 2 Commissioner Patrick Byorth said. He also mentioned concern regarding closing two FASs at the peak, and potentially through the duration, of the fishing season.

District 3 Commissioner KC Walsh moved to maintain the closure of Ennis FAS until June 30. The idea was if FWP was unable to repair damages by then, the commissioners would address it again during their July meeting.

“We’ll have the site open as soon as possible,” Jacobsen said.

Individuals associated with different Madison River outfitters, and potential Madison River Work Group members, came to the commissioners with concern regarding the timeframe in which the Work Group was to begin their task list.

Members of the Work Group, which have not yet been solidified, involve three commercial outfitters with Special Recreation Permits (SRP) and three non-commercial outfitters, among other demographics. The goals of the Work Group include establishing a permitting process, allocating commercial trips, developing rule language for recreation on the Madison River and prescribing consequences for permit violators.

“The intention of the possible extension is to provide additional time for the Work Group to conduct their business,” Eileen Ryce, fisheries division administrator for FWP, said.

District 1 Commissioner Pat Tabor pointed out that many of the commercial and non-commercial Work Group members would join during peak fishing season and advocated for giving the group more time to work.

Public comments centered on wanting to get the regulation rules right, taking the time to do so, but also brought up that the delay may be acting too soon to solve a problem that may not yet exist.

“Delaying implementation creates more uncertainly for businesses that rely on recreation on the Madison and adds to the unpredictability,” Jason Fleury, director of the Gallatin region of the Fishing Outfitters Association of Montana (FOAM), said. Other commentors echoing the desire to maintain the original implementation date of 2022 included Brian McGeehan, fishing lodge and fly shop owner and Madison River outfitter, and Steve Luebeck, George Grant Chapter of Trout Unlimited.

A sentiment among these individuals also focused on letting the Work Group form and start their tasks, one of which being deciding whether a delay was necessary. Those supporting the delay were concerned that without it, the Work Group would not have enough time to meet and discuss.

“Speed is great, but accuracy is deadly,” John Way, owner of The Tackle Shop in Ennis, Mont., said. Justin Edge, owner of Edge Outfitting in Ennis, also supported the delay, along with Mac Minard, executive director of the Montana Outfitters & Guides Association (MOGA).

Applications for the Work Group are being accepted until April 23. Visit https://fwp.mt.gov and click ‘apply online’ under Important Dates: April 23-application deadline for Madison River Workgroup.