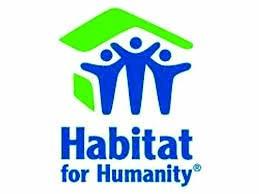 VIRGINIA CITY—At their weekly meeting on Tuesday, October 23, the Madison County commissioners approved a loan to facilitate a Habitat for Humanity project that will take place in Ennis’s North 40 subdivision north of town.

David Magistrelli, executive director of Habitat for Humanity of Gallatin Valley, visited the commissioners to explain the project, including how much it would cost. Habitat for Humanity plans to purchase 10 lots in the North 40, which just received its final plat approval from the Ennis town council earlier this month.

“You have a need not only for long-term housing, but also for short-term rentals,” said Magistrelli of the affordable housing issue that has been perennial on commission agendas. “In order to help address those needs that have been identified, we made the decision to make those purchases.”

The total cost of the lots will be $150,000, plus $106,000 to outfit those spaces with water and sewer services for a total of around $256,000. Habitat for Humanity received a board loan for $196,000 from NeighborWorks Montana, an organization dedicated both to building affordable housing and helping families in need find housing that will meet both their lifestyle and budget needs.

The land purchased by Habitat for Humanity will be placed in a land trust, said Magistrelli, to keep them affordable for renters or buyers over the long haul. When the homes are purchased the owners will enter into a sort of ground lease with the land trust.

The homes that sit on those lots would be sold close to the builders’ costs, or as close as possible to 30 percent of the buyer’s income, the metric by which “affordable” housing is defined. There isn’t a plan as of yet as to which of the 10 lots will be sold and which will be up for rental, Magistrelli said.

An interest-free loan from the county would be used to cover the remaining $60,000 in the cost of the project, though it was noted that the trigger points for how and when that loan would be paid back haven’t yet been set. But, Magistrelli said, the county’s loan would take priority over any others. The most likely payment plan would be an incremental one, happening in installments as the homes were sold or rented.

Commissioner Dan Allhands suggested that the county could also act as a sort of consignee on a bank loan, although that would involve the introduction of interest into the agreement. Magistrelli noted that there were also other types of grants that could be applied for, but that those usually carry stipulations for what the homes can be used for and to whom they can be sold.

“I can’t really see a negative response from taxpayers to Madison County assisting with affordable housing assistance to the tune of $60,000,” said commissioner Jim Hart. He recommended that the commission approve the loan, pending language decided upon by the attorneys for both Madison County and Habitat for Humanity.

The commissioners voted unanimously to approve the suggestion, and the loan must be repaid incrementally as those homes are sold within the next five years.

Also at their October 23 meeting, the commissioners gave their approval for the Madison County Weed District to draft an agreement assisting the Ruby Valley Conservation District in noxious weed management projects to begin in July of 2019.

The Ruby Valley Conservation District (RVCD) was the recipient of one of Montana Fish, Wildlife and Parks’ WHIP grants, dedicated to wildlife habitat improvement and restoration of both private and public lands.

The first five years of the program involve the implementation of weed suppression techniques, followed by an FWP-mandated five-year period of monitoring to watch the impacts of habitat restoration efforts. The RVCD will mostly focus its WHIP projects on Forest Service land in various locations around the Ruby Valley, but most of those projects won’t be able to begin until next summer’s warmer weather sets in.