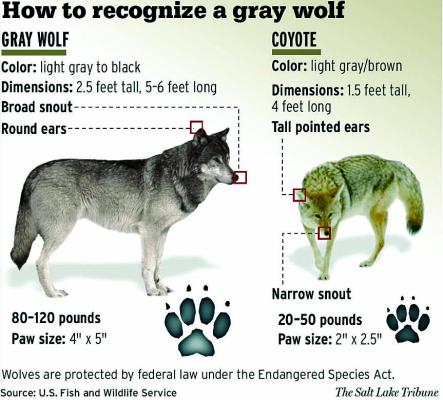 VIRGINIA CITY—At their weekly meeting on Tuesday, March 19, the Madison County commissioners approved the institution of a reimbursement fee for ranchers who legally harvest a wolf in protection of their livestock.

The resolution passed Tuesday is very specific in its verbiage, stating that landowners who kill a wolf are only eligible to receive the reimbursement if “those persons have legally and lawfully taken/harvested/trapped a wolf within Madison County and presented the same to the Livestock Protection Committee for certification.”

That certification process includes evidence that the wolf in question was harvested “in defense of domestic livestock” and “approved by Montana Fish, Wildlife, and Parks.” The money for reimbursement will come from the funds of the Livestock Protection Committee, which was created when livestock producers agreed to levy a tax of 50 cents per head of cattle and 20 cents per head of sheep specifically to generate funds for livestock protection, which includes “the control of predatory animals,” the resolution states.

The Montana state law that allows boards of commissioners to set bounties for the hunting of “predatory animals” does not extend that allowance to “species managed or protected,” including wolves. Thus, the language of the resolution states that the wolf reimbursement fee “is not and shall not be a general bounty,” but instead a method of ensuring that the funds allocated to the Livestock Protection Committee are “used for their intended purpose.”

The reimbursement, which the commissioners set at $100, will only apply when a landowner has harvested a wolf within state regulations. That means the rancher or farmer must harvest the wolf within Montana’s designated wolf season of mid-September through mid-March and have a designated wolf tag purchased through Montana Fish, Wildlife and Parks (FWP). Landowners who apply to be reimbursed will be evaluated by the board of commissioners.

FWP only allows 100 wolves to be harvested statewide during the season, so restrictions on hunting them are strict since wolves have long been protected by federal endangered or threatened species regulations. The wolf season for the 2018-2019 hunting season closed on March 15, so the new reimbursement fee will not apply until the season reopens on September 15 of this year.

Also at Tuesday’s meeting, the commissioners heard from Ruby Valley Taxi owner Bronwen Pfau on her efforts to institute a “sober rides home” program in the Ruby Valley.

While her ordinary taxi service requires passengers to pay for their rides, Pfau said she offers rides for free to passengers who elect to get a ride home after a late night rather than driving intoxicated and risking their own and others’ safety. She said she keeps nameless statistics to share with Madison County’s DUI task force, logging the number of potential DUIs she’s helped to prevent.

“If people make the choice to not drink and drive, I want their ride to be free,” Pfau told the commissioners. “I’ve seen what this valley does for each other and I’ve been on the receiving end of that. This is my opportunity to give back.”

Pfau said the new program, which she only instituted officially a few weeks ago, has already seen good returns. She drove a group to and from Butte on St. Patrick’s Day, a city always known for its rowdy celebration of the holiday. She’s had repeat customers pass her name along to friends and is seeing her network grow. Her goal would be to have customers call her to take them to the bar or restaurant they’ll be visiting and not just home, so that they won’t have to worry about leaving vehicles parked outside an establishment until they can come back for them.

“Someday,” she joked. “There will be a party going on at the bar and not a car in the parking lot!”

In order to get the nonprofit 501 (c)3 designation she’s applying for, Pfau has asked local community members, bar owners and the commissioners for letters of support for the program. After that, customers or other interested parties will be able to make donations to offset the cost of providing the free rides. The commissioners voted unanimously to provide a letter of support.

The Madison County commissioners meet weekly on Tuesdays, in the county administrative building in Virginia City.