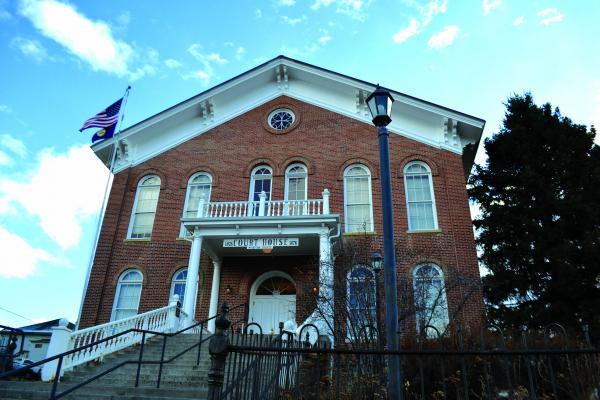 VIRGINIA CITY—The Madison County commissioners are remaining busy leading up to the holidays, hearing updates and public comment from a variety of sectors at their weekly meeting on Tuesday, December 11, including public feedback on a county loan for an upcoming Ennis housing project and final approvals for a Big Sky project in the works since summer.

Community member and local business owner Rich Lewis approached the commissioners to express dissatisfaction at the commission’s decision at a meeting in October to grant a $60,000 loan to Gallatin Valley Habitat for Humanity for a group of homes that will be built in Ennis as a way to provide more affordable housing in the area.

Habitat for Humanity plans to purchase 10 lots in the North 40 subdivision, a total cost of $150,000 in addition to $106,000 outfitting those lots with water and sewer services. A NeighborWorks Montana loan covers $196,000 of the project, and the commissioners agreed to utilize $60,000 of Madison County money to make up the remainder of the project, a loan that would be paid back incrementally as the homes were sold. The loan must be repaid within five years.

At the time of approval, the commissioners noted they didn’t foresee a negative response from taxpayers in assisting with supplying affordable housing, something that is a perennial topic of discussion around Madison County. Lewis attended Tuesday’s meeting to express just the negative response that wasn’t initially expected.

“To me, this is totally wrong,” Lewis told the commissioners. “You guys are going to put me out of business.”

Lewis owns and operates Timberline Rentals and also works as a contractor. He acknowledged that the need for more affordable housing and more rental access is greater on the Ennis side of Madison County, but noted that he currently has spaces available for rent that he says are affordable accommodations.

Lewis brought with him a petition bearing 100 signatures of residents he said agreed with his opinion, that the commission overstepped its bounds in allocating the $60,000.

Planning director Charity Fechter clarified that while the Habitat for Humanity branch facilitating the project is from Gallatin County, the $60,000 would be staying in Madison County and would only be managed by the nonprofit. Since Madison County doesn’t have a Habitat for Humanity branch, Gallatin County’s was the closest option. She also noted that the nonprofit hadn’t been the initiating party in the housing project.

“The parties interested in the project approached Habitat for Humanity,” Fechter said. “Not the other way around.”

Commissioner Dan Allhands said the project—and the loan—were in an attempt to address what he called “a housing crisis we have.”

Allhands noted that some of the impetus behind the decision was the idea that if fewer employees of Madison County businesses had to commute from cities like Bozeman, Butte or Dillon, there would be more children in Madison County’s schools, more taxpayers and homeowners in the county, and greater economic prosperity in the long run.

Commissioner Jim Hart said Lewis had answered exactly the question the commission had weighed at the time they first made the decision.

“That was our bottom line question: would there be people who would be upset by the use of public funds?” said Hart. “You guys have asked the questions that we need to make sure we have answered,” said Hart. While the loan agreement with Habitat for Humanity has already been settled, the commissioners agreed they would take an even more critical look at any similar projects that come up in the future, and may adjust how they decide to proceed.

Madison County Global Information Systems (GIS) Director Tommy Luksha updated the commissioners on the system that is used for ensuring that emergency response crews are sent to the proper addresses when information is relayed from 911 dispatchers to ambulance, police and fire department response teams, among other tasks.

Luksha said that inconsistencies in the system show a match rate of just over 88 percent between Madison County’s real roads and the ones that appear in a master street addressing guide database (MSAG). One source of inconsistencies, Luksha said, is when a given property with only one address has multiple buildings, but only one is a residence. Sometimes crews are sent to the wrong building at what might be the right “address,” losing precious seconds on an emergency response.

“I expect this to change a lot of addresses,” Luksha said. The usual way of improving the match rate of the addressing system is changing the numbers on houses in the inaccurate areas to make them match the data the systems are reading. “What I’m doing now is not enough to get to where we need to be quick enough.”

Checking address accuracy is only one of Luksha’s responsibilities, and as a result he can only commit about six hours per week to addressing the issues. He also updates voter precincts and school districts, helps ensure that roads are routed and platted correctly and plots new permanent addresses, like newly-built homes, in the county’s GPS system.

Madison County residents need not worry about their addresses spontaneously changing in the immediate future.

Luksha said it would take a year at the bare minimum to evaluate the exact extent of the inaccuracies, and as many as a few years to get all of the necessary adjustments made. He said his goal would be to have 98 percent accuracy across the board when it comes to the county’s GIS system.

The Madison County Planning Board deliberated on a new plat in the Moonlight Basin area of Big Sky at several of its monthly meetings earlier this year, and the commissioners moved on the board’s recommendation to approve the final plat proposal on Tuesday.

The plat sets aside 12.33 acres for three condominium lots and was first approved on July 3. It has since been adjusted to reflect the suggested provisions from the commissioners and the planning board, so construction will be able to move forward in 2019. The entire project will include both condominium and residential lots, as well as a club facility complete with a basketball gym, swimming pool and other offerings.

The planning office then asked the commissioners to extend the deadline for finalizing changes to the overall development plan (ODP) for the Spanish Peaks area of Big Sky. The ODP sets boundaries and regulations for development and new constructions in Spanish Peaks and is set to expire at the end of this month.

While the adjustments to the ODP are minor, changing the plan requires a number of public meetings, and is further complicated by the fact that part of Spanish Peaks lies in Gallatin County while the rest lies in Madison County. The planning office recommended that the commissioners extend the deadline until March 31, 2019, which the commissioners unanimously approved.