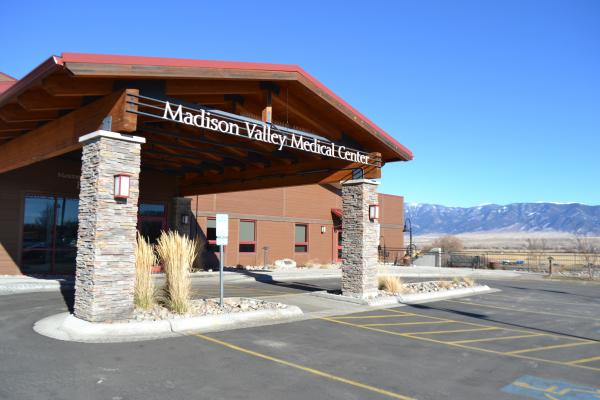 ‘It can be deadly’

MADISON COUNTY – Last flu season, 80,000 people in the U.S. died from the flu or from complications once they’d contracted it. So far this year, five people have already died from the flu, including one in Montana: a six-year-old girl in Missoula County.

“Even for people who don’t have other health problems it can be deadly,” says Peggy Shumsky, a cardio-pulmonary rehabilitation coordinator for Madison Valley Medical Center and Madison County’s infection control officer. “It’s very easily spread through coughs or sneezes, or even by coughing or sneezing and then shaking someone’s hand.”

Shumksy says that people often think of the flu as something that comes with symptoms like nausea, vomiting and diarrhea—the “stomach flu.” But the actual influenza virus carries more subtle symptoms that someone might not recognize as the “flu”: a high fever, nasal congestion, fatigue, achiness. If gone untreated, it can lead to further complications.

“It can cause pneumonia, infections in the heart, brain and muscle tissue, and can lead to kidney failure and sepsis,” says Shumsky. “A big problem is that people get so dehydrated from the fevers and don’t want to eat or drink because they feel so lousy.”

Pre-existing conditions like asthma or heart disease can also make the experience of the flu even worse, Shumsky says. And just because someone had had a mild case of the flu before, that doesn’t mean every flu season will treat them so kindly.

It’s not an exact science like measles or mumps vaccines, she says. There are so many different strains of the flu that the Centers for Disease Control and Prevention (CDC) is constantly monitoring which strains are being seen and where.

There are also concerns from patients who have had the vaccine before and still say they’ve gotten sick. But Shumsky says that isn’t a side effect of the vaccine.

“It’s not a live virus, so you cannot get the flu from the vaccine,” she says. “It takes two weeks for the vaccine to work, so if someone thinks they got sick a few days after the vaccine, they really just waited a little too long to get vaccinated.”

And even if you get the vaccine for the wrong strain of the flu virus, you’ll still receive some protection from whatever strain you get exposed to, Shumsky says. The more regularly patients are vaccinated, the more immunities they build up to different strains of the virus.

Shumsky says the idea that only very young or elderly people really need to be vaccinated is also false. Holiday travel increases potential exposure to the flu, and having out-of-town guests increases the likelihood that they’ll bring it along with them. Someone who’s been exposed to the flu can actually be contagious for two or three days before symptoms even really start showing.

“Most of what we’ve given so far this season are to people who are 65 and older, but even younger people should get it,” she says. “Not only to protect themselves. It helps you not to spread it to young children or to the elderly. You can be spreading it without even knowing it.”

Montana generally sees the flu virus crop up a little later in the season than other states, Shumksy says, but it varies from year to year. Often there’s a resurgence in the springtime after the initial season in the fall, largely influenced by people traveling and returning home.

Madison Valley Medical Center has given nearly 750 vaccines this year, around 23 percent of the populace it serves. Madison County’s public health department has administered over 400 vaccines, but it only takes one unvaccinated person to expose everyone around them to a potentially deadly virus.