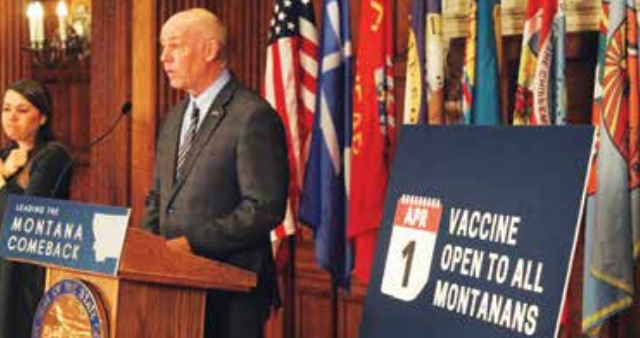 Teachers getting vaccinated, variants in the county

As of March 23, Madison County reported four positive coronavirus cases. Three active cases were reported on Tuesday and one on Monday.

A vaccination clinic was offered for Sheridan School District staff and volunteers on March 12 and 20 first-doses were administered, according to Superintendent Mike Wetherbee.

On March 16, Gov. Greg Gianforte announced that COVID-19 vaccinations will be available to all Montanans by April 1.

Montana is currently in Phase 1B+, which lowered the eligible age from 70 to 60 years old, and included conditions such as asthma, cystic fibrosis and liver disease. Madison County residents in this category may contact the Ruby Valley Medical Center or the Madison Valley Medical Center to get an appointment scheduled or be put on the waitlist.

DPPHS provided a map of confirmed variant strains in the state online.