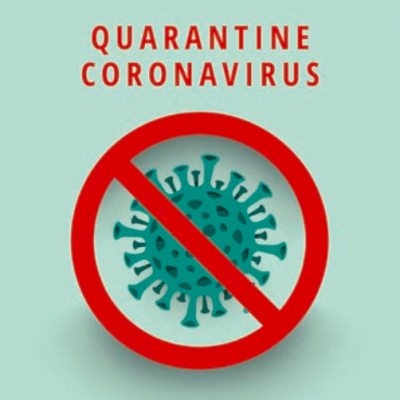 Madison County health officials have ordered the complete shutdown of bars and restaurants in a bid to slow the spread of the virus. Food take away and delivery services will still be permitted. The decision means pretty much all nightlife will grind to a halt. It follows similar moves in Bozeman, Butte, Billings, Helena and Missoula. Public health officials say the new rules will remain in effect until March 24, but may be extended if the situa- tion warrants it.

The Madison Theatre, the Bowling Alley and Big Sky’s ski slopes are closed, all public events have been canceled and people have been advised not to congregate in groups.

In Ennis, a number of local business had already taken steps to get ahead of the announcement. Scott Kelley, owner of the Gravel Bar in Ennis told his staff on Monday that the doors would be closed for a while.

“I wanted to err on the side of caution,” he said. “I think the health of the community, of the state, of the nation is more important right now. Closing seemed like the most common sense approach.”

Scott is particularly concerned for his employees.

“I’m doing everything I can to help them and hopefully this will run its course quickly. But its a dynamic situation and we just don’t know.”

France Kudelski, owner of the Sportsman’s Lodge in Ennis says they will introduce “to-go” orders Thursday through Monday. “We want to do what we can to help the community,” she said.

Live sports gambling was recently legalized in Montana and the Sportsman's Lodge was one of the first places in the state to get a screen. “There’s only one problem”, said Bob Kudelski. “All the sports have been canceled!”.

John Heckler who owns the Alley Bistro, The Fish Bowl and the Madison Theatre says they are constantly trying to think of ways to help the community.

Others in the county are respond- ing in a similar fashion.

“We are good at doing food. So for example if people are in isolation, we are thinking of introducing a food deliver service. Our chef John Rolfe is going to put together a wholesome take home menu for families. I’ll do the deliveries myself if I have to. We are all in this together.”