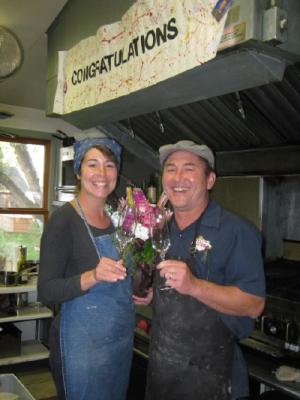 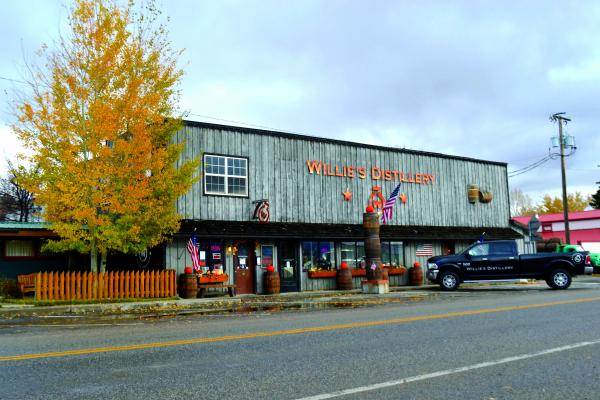 Headwaters is dedicated to improving the economic and social well-being of communities in seven counties: Butte-Silver Bow, Jefferson, Granite, Beaverhead, Powell, Deer Lodge and Madison. In all, they serve around 80,000 Montanans over a geographic area of nearly 17,500 square miles.

They work to meet the goals of various economic development and strategic plans around the state, encouraging and supporting community efforts to solve locally-relevant problems by connecting stakeholders in those areas with the resources they need to make measurable and sustainable progress in their communities.

One of Headwaters’ big objectives is the development of economies and community engagement in small, rural towns through their small business development center (SBDC). Aside from the SBDC, Headwaters also offers services in everything from grants administration to homebuyer education classes, plus technology assistance and entrepreneurial trainings.

“Headwaters RCD established the Local Tastes Awards for the purpose of recognizing and honoring outstanding businesses and citizens for their contributions to their communities and organizations in the Headwaters region,” the organization wrote of the winners. “Award winners serve as inspirational leaders to Headwaters RCD: they embody the core values of serving their communities, employees, customers and industries.”

The Old Hotel was once just that: a Twin Bridges hotel, built in the late 1870s. Renovated in 1996, it retains much of its original hardwood flooring and architecture.

It no longer functions as a hotel, serving the community now as a restaurant owned by Bill and Paula Kinoshita, who moved to Dillon from Hawai’i in 2003. Paula began working at the Old Hotel while Bill worked in Dillon, but when the owner decided to sell the business, they stepped up and took the plunge.

They partner with local greenhouses, gardens, brewing companies, wineries and other providers from as nearby as right there in Twin Bridges and down the valley in Alder, plus Helena, Billings, Butte and Missoula.

“We’ve been pretty lucky to be able to have direct contact with some of the purveyors around here,” says Paula. “Some of it is seasonal, but it gives us an opportunity to keep things interesting.”

The restaurant’s menu changes weekly, based on what’s in season and influenced by Bill and Paula’s island roots, blending Pacific Rim flavors with classic European techniques. On the menu you may find anything from cornmeal-crusted calamari to French coq au vin or bison short ribs braised in Ruby Valley Brewing Company IPA. Desserts feature homemade ice creams to pair with offerings like plum and cranberry cobbler or chocolate and hazelnut tarts.

“When we’re out traveling we’re always looking for inspiration, looking at what other people are doing,” says Paula. “It’s fun to be able to incorporate those kinds of ideas in our cooking. Some of our guests have even brought cookbooks from their regions, and we try and change things up.”

Willie’s has quickly become a legendary name around both the Madison Valley and the state of Montana, with its Bighorn Bourbon rising to Montana’s best-selling whiskey and devoted followers all over the nation.

Since its founding in 2012, Willie’s has incorporated local ingredients in most of its range spirits, from berries and honey in Montana Moonshine to barley grown on the Highline and water drawn straight from the Madison River just feet away.

Spent grains from the fermenting process are shared with local farmers and ranchers to feed their pigs, in exchange for the provision of local pigs for the distillery’s annual community Pig Pickin’ that kicks off the summer.

Owner and founder Willie Blazer grew up in North Carolina and served in the U.S. Special Forces before moving to Ennis. He and his wife Robin, a Montana native, found the Madison Valley to be the perfect location to, as they say, “craft world-class spirits for world-class individuals.”

• Entrepreneur of the Year — Casey Kelly of Kinetic Fitness from Butte

• Community Pride Award (in memory of Barbie Durham) a— The Community of Deer Lodge, Montana