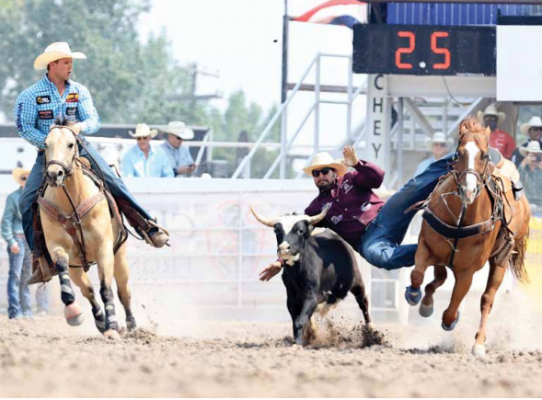 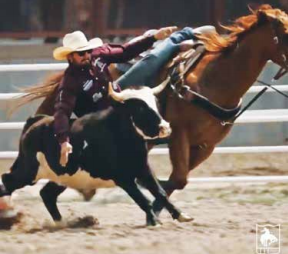 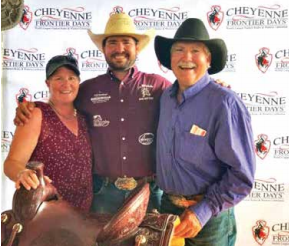 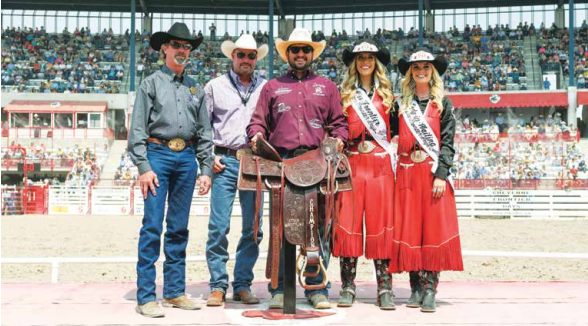 At the “daddy of all rodeos,” Newt Novich took top standing in the roughest of all competitions: steer wrestling. The Twin Bridges native beat out 132 other cowboys who were willing to race a horse at top speed, lean over to grab a steer by its horns, then jump off and bring the 500-pound animal to the ground in the fastest time. Novich did it in 5.1 seconds, tying the arena record at last week’s “Cheyenne Frontier Days” in Wyoming, billed as “the world’s largest outdoor rodeo.”

Born and raised on a ranch in Twin Bridges that has been in his family since the 1920s, Novich, 28, says he “grew up with rodeo in my life since I was little.” By the time he was 18, Newt had turned pro and carried a Professional Rodeo Cowboys Association (PRCA) card.

The Madisonian caught Newt in between events on the Montana rodeo circuit, driving from Sidney to Bozeman. After Bozeman, he heads to Sand Point, Idaho, then to Great Falls.

Asked how he keeps physically fit and mentally sharp while following a grueling travel schedule, Novich admitted that “the road does beat you down.”

He says he tries to get in practice sessions on days off and eats healthy – which is not always easy. “You learn which gas stations have the best food,” he laughed. The longest drive so far has been from Kissimmee, Fla. to Idaho.

Novich says he ended up as a steer wrestler or “bulldogger” after trying bull riding and team roping.

“Steer wrestling fit me a lot better,” he explained. “I played full back and linebacker in high school.” Steer wrestling is not just about upper body strength. It also demands aerobic capacity and leg strength. “You’re wrestling a big animal,” Novich explains.

What’s next for Newt Novich?

“I’m aiming for the National Finals Rodeo in Las Vegas in December,” he said. “This is the ‘Superbowl’ of rodeo where the top 15 steer wrestlers, based on total season wins, will compete for number one.”

Between now and December, Novich expects to be on the road. “It’s fun,” he says. Especially for someone who has been “bound to be a cowboy since the beginning.”

Given the intensity of the PCRA circuit this summer, Novich doesn’t expect to compete in the Madison County Fair and Rodeo, although he has ridden in the Twin Bridges rodeo many times over the years.

According to Hazer Novich, a cousin who grew up in Twin Bridges, “Newt and I rode in the county fair together when we were small. He’s been on a horse his entire life.”

Hazer, 29, a photographer/videographer who lives in Hamilton, says “it’s ironic that my name is ‘Hazer’ because it’s always been clear Newt would be the one to make a name for himself in rodeo. He’s lived rodeo his entire life. Growing up, nothing mattered to him more than rodeo.”

Since the two boys, born one year apart, were named after characters in “Lonesome Dove” (Hazer’s real name is “Augustus”), it’s perhaps inevitable that Newt would rise to the top of a sport that involves steers. The classic western novel by Larry McMurtry tells the story of a cattle drive from Texas to Montana in the late 1870s.

“Rodeo was in our blood,” Hazer says, “and we grew up on stories around rodeo and ranching."