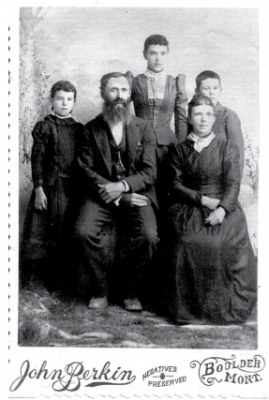 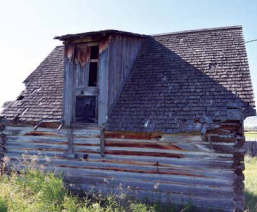 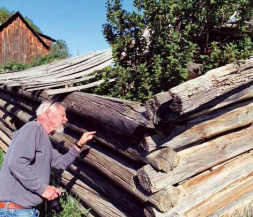 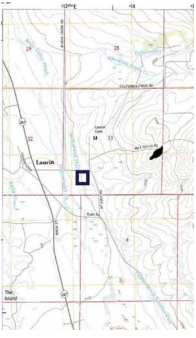 A tribute to the DeHortys: Madison County pioneers

With an interest in local history and family genealogy, Bill started to explore the history of the land they purchased. “I was originally trying to find out about the 160 acres of government land on Mill Gulch Road,” Bill said. “It was marked as BLM on maps, so I contacted the BLM office in Billings. What I learned was that the land had been transferred to Madison County because of a pioneer gravesite, but I learned something else that intrigued me.”

The woman at BLM told him that the Northern Pacific Railroad was patented 10 square miles of Montana land to sell for every mile of track they would build. The 1901 land grant of 74,143 acres included the Lev’s land, but of the 640 acres in the square mile section, only 480 acres were in the railroad’s land grant. The other 160 acres were homesteaded by the William and Anna (Arbaugh) DeHorty family in 1889.

Bill’s curiosity made him ask “Who was William DeHorty? Where did he come from? What made him homestead here in Montana?” That lead him on a search that ended with Bill and Kate having a six-acre portion of the area their home is located officially named on future maps the “DeHorty Flat” by the United States Geological Survey.

Using ancestry.com, Bill created a family tree for the DeHortys, and with its search capability was able to find Wm DeHorty in the 1870 census working as a gold miner in Virginia City, that he was born in 1843 in Missouri, raised in Iowa and died in Idaho in 1924. But it was when he found a family portrait online of the DeHortys in Montana taken in the 1893 timeframe that things really got interesting.

The portrait Bill discovered had been uploaded to ancestry. com by Dave Anderson of Fargo, N.D. The two connected and the story unfolded. Dave has been passionate about family history since his teens (he’s now 68) and is the go-to person in his extended family for family history.

“I had a studio photograph taken of the DeHorty family that was shared by a grand-daughter, now deceased, of the DeHortys. Other than some census information, alI I knew of the family was that they were in the Montana territory based on the name of the photography studio in Boulder, Montana. Anna DeHorty had mailed it to her brother John who remained in Iowa in the 1890 timeframe.” said Dave. “I am a great-greatgrandson of John Arbaugh, Anna’s brother, so when Bill contacted me saying he was living close to where their homestead was located, had a copy of the 1877 land patent from the Government Land Office and sent me pictures of the old log cabin and outbuildings, I was thrilled.”

They know that William DeHorty arrived in Montana in 1862, before gold was discovered on the Alder Gulch. They guess he may have been in Bannack and been part of the gold rush that followed Fairweather when they left Bannack with food and supplies in Month 1863 for the Alder Gulch. Researching the in the Madison County Records Department (?) In Virginia City, Bill started finding facts.

“The ladies in the Records Department were great and incredibly helpful in showing me how to research the old land sales and recorded documents,” said Bill. “I was looking through large ledgers, handwritten starting in 1863 recording land sales. They were incredibly well organized then.”

DeHorty purchased his first gold claim on April 10, 1866 for $100.00. It was the Discovery Claim on the Flag Lode in the Brown’s Gulch Mining District. He bought and sold other mining claims through the early 1870’s and transitioned from mining to ranching in the Ruby Valley in Laurin. DeHorty’s occupation in the 1880 census was listed as a “Stockman,” and his cattle brand “ID” assumed from his middle name Isaac, was found in a book on historic Montana cattle brands.

Anna Arbaugh left her family’s home in Kansas to marry William in Corrine, Utah in June of 1876. How they met or were introduced is still unknown. They had four children born in Laurin; Mary, Oliver, Minnie, and Katy, who was stillborn. They lived in Laurin until the mid to late 1890s, when they moved to Ada County, Idaho. Anna’s sister Mary Jane and her husband, Jacob Shawver, followed Anna’s path to the West, leaving Kansas and settling in Laurin in 1882 for 4 years, before moving to Ada County, Idaho in 1886, where the DeHortys followed a decade later.

Dave further described his family’s migration west: “Throughout the years, from the 1850’s to the 1920’s, the Arbaugh siblings exhibited a closeness and dedication to each other, living near each other through the decades as they moved west from Indiana to Iowa, on to Kansas and Montana, eventually clustering again in Idaho. William and Anna led the way and additional siblings followed with their families. It’s a pretty fascinating story … and we’re still digging up the details!”

Knowing the history of the DeHorty family homesteading in the Ruby Valley, Bill decided to do something to memorialize them. “I saw that there are lots of interesting local names of areas around here- Australia Gulch, Monkey Gulch, Baboon Gulch for example,” he said. “I thought naming the area for them where our house was being built would be appropriate. So looking at the different place names, I came up with the name of Dehorty Flat. Then I had to figure out how to do it .”

The USGS has a Bureau of Geographic Names in Virginia. “I found their web page and reached out to the folks at BGN. They were really helpful and said if I submitted the application, it would be reviewed by a committee and that I had a good chance of it being considered.” As part of the application process, he was told the support from both descendants and local government carry weight in naming geographic places after individuals.

The Township of Sheridan was approached, and the mayor and city council passed a resolution in support of the application. Madison County was contacted directly by BGN, and the Madison Country Commissioners wrote a letter of support for Bill’s application. Dave provided letters of support from the family. In July, the BGN committee voted, and DeHorty Flat was approved and in the official database of place names in the United States. Future version of the USGS topographic maps will include the place name of DeHorty Flat, and as those are incorporated into other mapping products like Google Maps and OnX Hunt, will be included there.

The original DeHorty homestead is located on Mill Gulch Road, behind John and Ginger Galiger’s home. John and Ginger were unaware of the history until Bill began his quest for answers. The land originally homesteaded by the DeHortys has been in the Galiger family since their great grandfather Mikal came to Laurin before 1920.

Dave Anderson and his wife Linda recently visited the Ruby Valley, and with the Lev’s had the opportunity to tour the homestead and original outbuildings. “It was fantastic to see and touch the old buildings where my ancestors settled in Montana in the 1800s,” said Dave. “What we assume was the home on the site is in remarkably good condition for as old as it is. The building is a great reminder to the westward migration in the 1800s, and to the grit and determination of all the pioneers who settled in areas like the Ruby Valley.”

For those who want to drive by and see these pieces of history, the homestead can be seen from Mill Gulch Road across from IMOC just east of the white and green house. The six-acre DeHorty Flat is less than a mile further east on Mill Gulch Road. It is on the south side of Mill Gulch Road, past the Vigilante Canal on the right side.