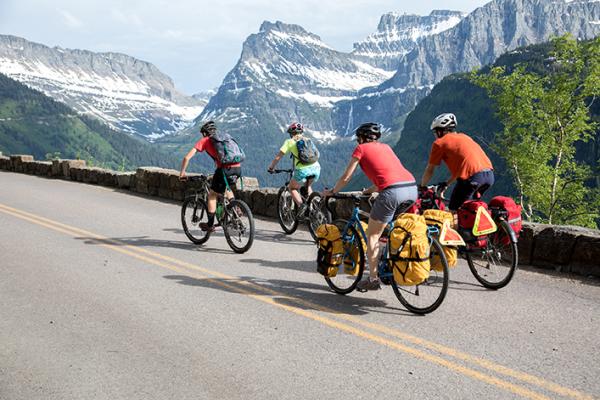 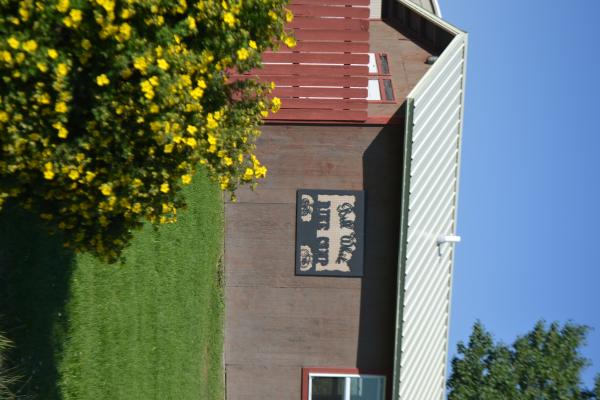 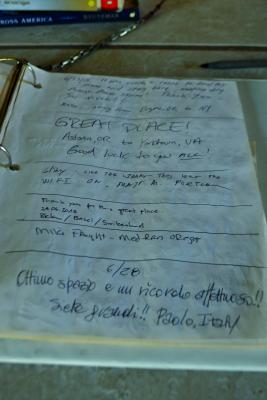 An Odyssey on two wheels

ENNIS—Where are they all coming from?

It’s a common refrain throughout the Madison Valley during the summer: motorists and pedestrians alike wondering who in their right mind would choose to bike over the hills separating Ennis from Virginia City and West Yellowstone, clad in those Lycra get ups no less.

And where are they going?

The answer to both of those questions could be anywhere in the country, or even internationally. As it turns out, those cyclists pedaling through the valley are mostly touring - a different label than “tourists,” but they might be that too.

Bicycle touring is a unique activity among the cycling community that focuses less on exercise and competition and more on adventure and a bucket-list type of ambition. Long-distance cycling trips are broken up over days, weeks or even months, and can be either supported or non-supported. Those cyclists you see on the road with packs slung over their tires are probably on a self-supported trip, meaning they have everything they’ll need to get themselves from point A to point B, all packed on their bikes.

As it turns out, one of America’s largest touring routes goes straight through the Madison Valley.

The TransAmerica route was the brainchild of two couples who developed a common idea while in college at the University of Montana in Missoula. Dan and Lys Burden and Greg and June Siple hatched the idea of creating a “Bikecentennial” in the early 1970s to bike from one side of the United States to the other in honor of the nation’s 200th birthday. After years of planning, the inaugural event in 1976 drew over 4,000 cyclists and set the stage for thousands of future riders.

The Bikecentennial endeavor grew into the Adventure Cycling Association, a nonprofit organization based in Missoula, and a 4,200-mile route that crosses the country from Astoria, Oregon to Yorktown, Virginia. Now, 42 years later, cyclists can ride the TransAmerica trail from east to west or west to east. The trip takes somewhere in the range of three months to complete, but no matter which direction they go, they’ll pass through the Madison Valley.

The fourth of the ride’s twelve sections begins in Missoula and ends in West Yellowstone, covering a distance of around 330 miles. From Missoula, cyclists head south through the Bitterroot Valley before turning east through Dillon and the Pioneer Mountains, and then taking a sharp northern zag to pass through Twin Bridges and then follow the Ruby Valley southeast through Sheridan, Alder and Ennis en route to West Yellowstone and Yellowstone National Park. Since its inaugural event, thousands of cyclists have ridden the TransAmerica Trail, and if they stick to the plan, they ride straight up the Madison and Ruby valleys.

The TransAmerica Trail is usually ridden between May and September, which is why the number of cyclists jumps so much during the late spring and summer months. Since the initial project was created, Adventure Cycling has developed a network of maps that includes locations of bike shops along the way, places to get food and water and accommodations, some of which are cyclists-only.

One such spot is the Twin Bridges Bike Camp. Built in 2009, the Bike Camp was the idea of Bill White, a Twin Bridges resident whose curiosity was piqued by all the Lycra-clad cyclists he saw passing through the town on summer days. White thought the cyclists needed a place where they could safely store their bikes, shower, cook a meal or two and do any mechanical repairs they needed, so he sought the help of the community in establishing just such a place, across the road from the Madison County Fairgrounds.

White passed away in 2012, but the Bike Camp that bears his name is still going strong. Cyclists who pass through Twin Bridges on their way down the valley leave appreciative notes in the guest book, and on the whiteboard that hangs on the wall.

They come from Canada, Italy, France or just somewhere else in Montana, but universally they enjoy the hospitality. Many are riding Adventure Cycling’s TransAmerica Trail, and others are just out for a self-guided tour. The facility has served hundreds of passing cyclists since its creation nearly a decade ago. It’s a unique facility, especially in a community the size of Twin Bridges, and it doesn’t go unappreciated.

Adventure Cycling employs cartographers and route specialists who help devise the national trail system, and they develop cross-country, loop, coastal and inland routes with turn-by-turn directions. They moved into a Missoula office in 1991 and have since mapped over 47,000 miles of cycling routes all over the continent.

They try to keep the routes relatively rural to avoid high-traffic routes like interstate highways and multi-lane roads that pose higher risks for cyclists. That often means more extreme elevation profiles, and it usually isn’t the shortest route between A and B, but probably the most scenic. The nonprofit operates largely on donations to support the research of new routes, so cycling enthusiasts can sponsor a mile or a section of a route to fund the creation of new ones.

In the future, there may be even more resources for cyclists working their way through the Madison Valley and other parts of rural Montana. This past spring, the Montana Department of Transportation (MDT) began working on the Montana Pedestrian and Bicycle Plan, which should be complete in February of 2019. The goal of the plan is to create a starting point for projects to make the state more bicycle- and pedestrian-friendly.

“This plan primarily aims to establish a consistent approach for considering pedestrian and bicycle modes on state-owned and maintained facilities,” says Sheila Ludlow, project manager for MDT. “It will establish a common vision and goals to meet the needs of cyclists and pedestrians and improve safety.”

MDT reports that Montana is ranked fifth in the nation for resident spending on biking and walking, as well as for percentage of its commuters who walk or bike to work. The Department has a goal to reach “Vision Zero,” as soon as possible: reaching zero deaths and serious injuries on Montana roads. That endeavor will stretch beyond just car crashes to include interdepartmental work between law enforcement agencies, MDT, and motorists and cyclists alike.

Public input events were hosted in Havre, Glendive, Billings, Butte, Missoula and Helena in May to put a finger on the communities’ pulse when it comes to what they’d like to see out of the plan. As the project develops, input from state, local and tribal governments will also be taken into account to establish ways to best meet the needs of cyclists and pedestrians in regard to both safety and convenience.

Adventure Cycling is one of the plan’s stakeholders, along with various community chambers of commerce, county health boards, Montana Fish, Wildlife and Parks, local bike clubs, school districts and both Montana State University and the University of Montana.

Hopefully, that plan will later be able to form the basis of some projects that will make adventures like the TransAmerica Trail easier and safer for cyclists. One of the biggest dangers for touring cyclists is that, because most touring routes are on more rural roads, shoulders are smaller, and drivers often don’t expect to see cyclists on that road. Projects like the Ruby Valley’s proposed bike trail between Alder and Nevada City seek to alleviate some of that danger for both motorists and cyclists.

Even if unexpected on Madison Valley roads, cyclists have the same rights and responsibilities as drivers do, so be sure to treat them with respect. A car will always win against a bike in a collision, so always keep that in mind. If you see cyclists on the road while driving, slow down and give them plenty of space. The rule of thumb is at least three feet, but because many local roads have speed limits of up to 70 mph, that’s really not enough, especially if multiple cyclists ride as a group.

Cyclists can’t always see traffic coming behind them, so don’t assume they can hear you coming, especially if they’re riding into the Madison Valley’s characteristic wind. Avoid honking horns, which can catch cyclists off guard, and just allow extra space and time to ensure everyone’s safety. And if you see cyclists at a rest area, ask them where they’re headed. They might be traveling a lot farther than you are.,