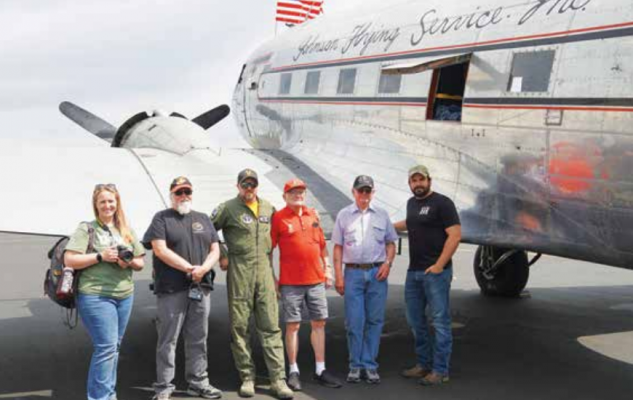 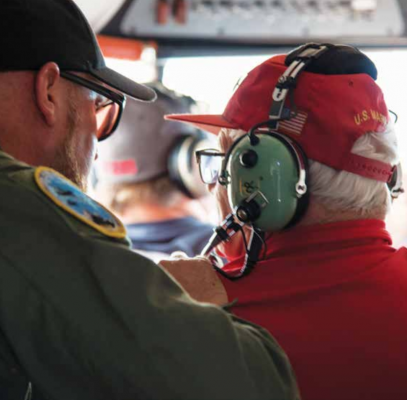 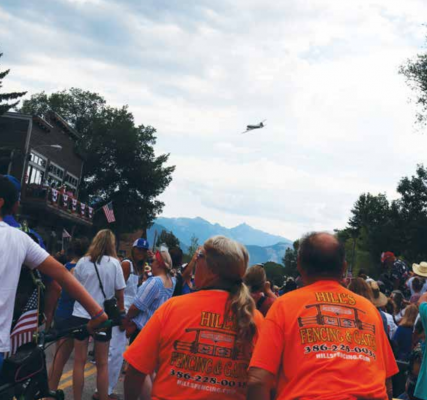 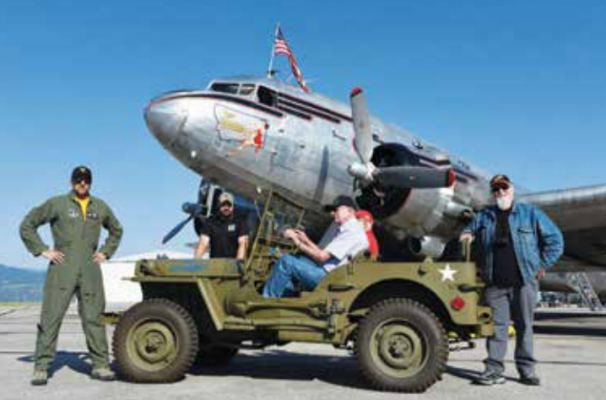 From Normandy to Ennis

Among the 24,000 American, British and Canadian troops who landed at Normandy Beach on D-Day, June 6, 1944, were scores of Montanans. They included ranch kids from places like Choteau, Geyser and Sand Coulee. Thankfully, many made it back home and lived long lives. Today not many survivors remain from the largest seaborne invasion in history, but their sacrifice and bravery will never be forgotten.

Veterans of World War II and other conflicts were honored in Ennis on the 4th of July by an unusual visitor to the Ennis-Big Sky Airport: Miss Montana. She’s a restored C-47 built in 1943 for the European war theater. Hitler was defeated in 1945 following the liberation of France and Europe and the war bird never saw action during the great war. But she made it to Normandy for the 75th anniversary of D-Day. This Independence Day, she brought a delegation of Montana military veterans and a message of honor and sacrifice to Ennis’s celebration. Miss Montana’s fly-over during the Ennis parade delighted thousands of spectators.

Eric Komberec, owner/president of the Museum of Mountain Flying, where the aircraft is housed, and chief pilot of the Miss Montana, said the project to make her air-worthy started as a way to participate in the D-Day anniversary celebration and “honor Montana vets who jumped at Normandy.”

Now, Komberec says, the mission has expanded to recognize and honor the contributions made by Montana veterans in all theaters of war.

“What’s unique about our airplane is we take the whole state with us,” he says, explaining the fly-over of July 4th celebrations in several Montana towns.

Veterans who saw action in a number of theaters including Korea, Germany, and Afghanistan were flown over July 4th celebrations in Drummond, Deer Lodge, Whitehall and Twin Bridges before capping their tour with a flyover during the Ennis parade and a short stop at the Ennis-Big Sky airport. They would finish by flying over celebrations in Dillon and Thompson Falls.

Three members of the Raunig family who served their country and who span three generations were part of the delegation. Richard and Fred Raunig are brothers in their 90s who grew up on a ranch in Stockett, outside Great Falls. Richard, now living in Lolo, served in the U.S. Army as part of the allied occupation of Berlin from 1954 – 56. His brother Fred, who now lives in Missoula, served with the U.S. Marines from 1951 – 54 and saw action in Korea part of that time. Fred’s grandson, and Richard’s nephew, Shaun Raunig, was inspired by his grandfather’s and uncle’s military service.

“I wanted to fly,” Raunig said, and enlisted in the U.S. Air Force where he served for six years on active duty including in the Bosnia campaign, and in Korea 50 years after his grandfather was there. Raunig, who now lives in San Diego, put in nine years with the Montana Air Guard.

Another Raunig brother, Dale, deceased, was also in Korea, in the 1950s, with the U.S. Army.

“Beautiful,” he said when asked to describe the ride in the vintage aircraft. “I felt like a little kid.”

Mike Farinelli of Kalispell was enlisted in the U.S. Army from 2002 – 2004, then was accepted to the U.S. Military Academy at West Point. After graduation he was deployed to Afghanistan twice, in 2010 and 2013.

“It was small,” he said of the passenger section of the 1940s-era plane. Far from a luxurious airliner, the seats are small, confined and lined alongside the interior cabin wall.

Keely Flatow, an Air Force veteran who served from 1998 – 2010, part of that time overseas, described the moving experience of flying in a plane designed for World War II combat. “I thought about the soldiers who flew into combat on D-Day on the same kind of plane,” she said. “I also took a moment to think about the smoke jumper crew who flew on this plane into the Mann Gulch fire, most of whom didn’t make it out.”

Her place in history

After the war, the Miss Montana was purchased by Johnson Flying Service and deployed to ferry smokejumpers to battle wildfires around the West, including the tragic Mann Gulch fire in 1949 that killed all but three of the 15 Montana smokejumpers who leapt from her cargo hold into the inferno.

With her place in history secured, the Miss Montana was retired to the Museum of Mountain Flying in Missoula until the 75th anniversary of the Normandy invasion, in 2019, when she finally fulfilled the mission for which she was designed. Komberec and a crew of volunteers restored the 75-year-old plane so that she could make the trans-Atlantic voyage to Normandy where she joined other vintage aircraft, veterans, and people who honored them. This included 300 parachuters who jumped in formation to the historic drop zones.

The book, “Every Reason to Fail, The Unlikely Story of Miss Montana and the D-Day Squadron,” written by Komberec’s co-pilot, Bryan Douglass, documents the project. Miss Montana’s story is brought to life in a new film, “Return to the Big Skies, the story of Miss Montana to Normandy” by One Acre Films in Missoula. The film portrays the efforts by many volunteers to get the Miss Montana ready for her flight to Normandy.

“Whether they are the folks who built the airplane during the war effort, the folks who flew it, veterans, smokejumpers, and forest service people -- we want to play tribute to them,” said film producer Eric Ristau.

Ristau says the film will be screened in Montana soon, and will be made available for fundraising purposes to veterans and aviation groups. For more information, contact the Museum of Mountain Flying, Missoula, https://www.museumofmountainflying.org