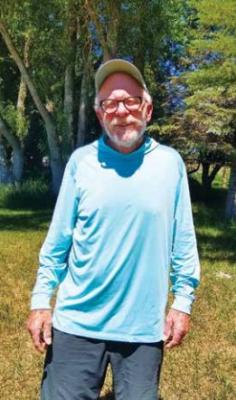 “We really wanted to have a full scale recycling program for the county.”

This is what Richard “tikker” Jones said about the beginning of his journey to bring recycling to madison County. Jones has put countless hours over the past 35 years towards this goal. in the late 1980’s he was a part of the group that pioneered recycling in madison County.

Jones has been a madison County resident nearly his entire life. After leaving for college and a few years in the Peace Corps, Jones moved back in the 1970s and has been here ever since.

in the late 1980s and early 1990s, he and other individuals from the county created what was called trash and transit. The group had the simple goal to bring recycling to madison County.

Jones states that things were a bit tougher at that time. in fact, trash and transit had to recycle glass and break it down by hand, in order to make it compact enough for pickup.

His love and desire for recycling drove him to join the madison County solid Waste and Recycling Board in the early 1990s. The board is responsible for creating and implementing trash and recycling policies for the county.

“i joined the board because i felt strongly that recycling needed to be implemented on a county wide basis,” Jones said.

Over his 30 years on the board, they were able to do just that. madison County now has a full scale recycling program in almost all areas of the county. Jones looks back at his time with the board as a success.

Thank you tikker, for your years of service to our community!