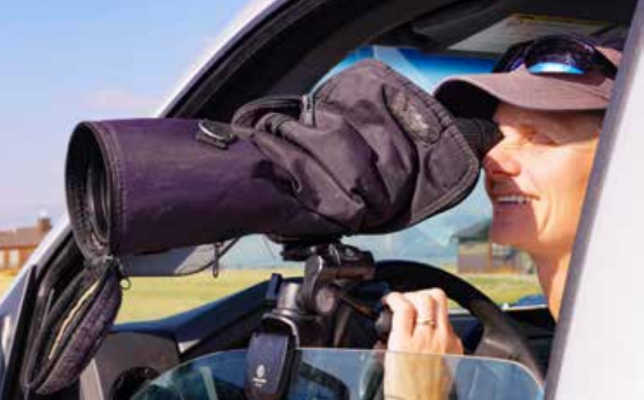 Approximately 1,500 to 2,000 pronghorn live in the Madison Valley. How do we know? Because the Montana Dept. of Fish, Wildlife and Parks (FWP) conducts regular surveys of wildlife. Last week FWP wildlife biologist Julie Cunningham surveyed three pronghorn herds on the west side of the Madison River. The data will be used to inform game management decisions.

“When the population of a species is high, we’ll issue more hunting licenses for does,” Cunningham says.

A number of conditions can affect pronghorn populations, from weather conditions, availability of forage, to how many fawns are taken by coyotes.

Last week’s surveys of both the east and west sides of the Madison Valley indicate the ratio of fawns per doe are consistent with recent trends – in other words, productivity does not appear to have declined.

“Overall, pronghorn are a resilient species. After all, they’ve lived in North America since the Ice Age,” she noted.