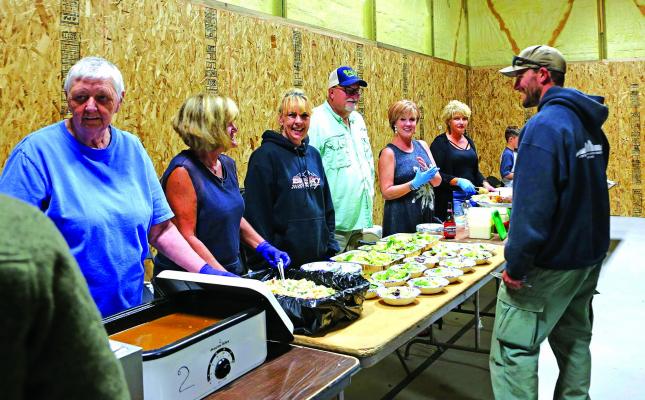 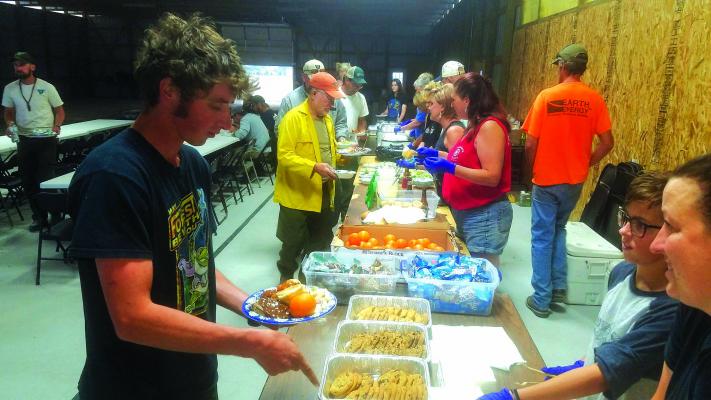 Volunteers come together to serve firefighters

ENNIS—As the Southern California Incident Management Team (IMT) began setting up camp in Ennis on August 13 to begin work on the Wigwam and Monument fires. But as the arrived, one key element was still missing:

Even though the entire IMT crew hadn’t arrived yet, there were around 100 firefighters, crew, support staff and administrators who wouldn’t have any food provided until the truck arrived the next day.

Fire camps contract with caterers to ensure that each firefighter is supplied with the requisite 4,000 calories per day, says camp PIO Marc Peebles. A semi-truck arrived the next day and has been feeding the nearly-200-person camp since. But even for one night, that’s a lot of calories to be missing out on.

A lot of hungry people needed help. So, the Ennis community stepped up.

“Lots of the community showed up to help,” says Terri James, one volunteer and an Ennis resident. “It was just such a community effort.”

When they heard about the need, Wally and Lori Ardisson of Ennis’s Longbranch Saloon began putting the word out for people to help.

And help they did.

More than a dozen volunteers helped prepare enough food to feed well over 100 people in the Longbranch kitchen, and other community members volunteered their vehicles to transport the food to the rodeo grounds, where the camp was springing up. They provided meat and pasta, bread, fruit, dessert and snacks for the assembled crew.

“They just started reaching out for people to come and help,” says James. “And they did.”

Volunteers stayed late into the night, talking and eating with firefighters and ensuring that everyone had enough to hold them over until the next day.