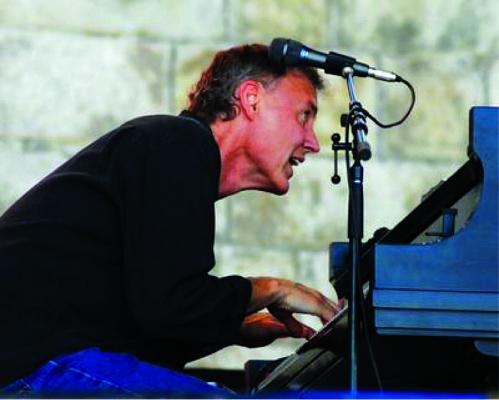 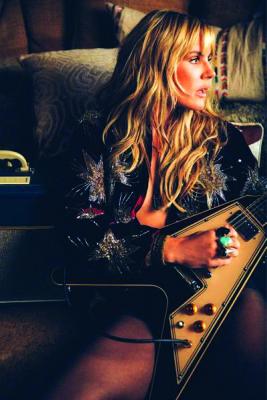 BIG SKY – Madison County’s easternmost community will be the location for a lollapalooza of a music festival come Friday, August 17 and Saturday, Aug. 18, when the inaugural version of the Moonlight MusicFest hits town.

The festival will take place at the Madison Village in Moonlight Basin, at the base of Big Sky’s picturesque Lone Peak.

It’s being billed as a “festival to remember,” and between performers and amenities, there will certainly be plenty to remember.

Hornsby been a constant in music since his 1986 debut album “The Way It Is.”

The Virginia-born singer and pianist formed Bruce Hornsby and the Range in 1984 and produced many familiar tunes, including the album’s title track, along with “Mandolin Rain” and “Every Little Kiss.” The album hit No. 3 in the U.S. by 1986.

In “Scenes from the Southside,” Hornsby and the Range’s 1988 effort, the hit song “The Valley Road” is one most will remember. Hornsby’s association with the Range ended in 1991, and he began touring with the Grateful Dead, through the early 1990s, released solo albums in the middle and late 1990s, and since 1998 has been with the Noise Makers.

Grace Potter has been described by Spin magazine as “one of the greatest living voices in rock today.” The Vermont-born performer continues to wow critics and audiences with her music and captivating live shows. Potter has played every major music festival from Coachella and Lollapalooza to Bonnaroo and Rock in Rio. She’s shared the stage with Willie Nelson, Robert Plant, the Allman Brothers, Neil Young, Mavis Staples, and The Roots. She performed with Sheryl Crow a tribute to the late Glenn Frey at the Rock and Roll Hall of Fame induction ceremony. Musical creds, this gal has. Yet Potter refuses to be defined by genre: During the last three years, she’s performed with the Flaming Lips, been in a Tim Burton film, written songs, produced soundtracks and theme songs for film and TV, done multi-platinum, Grammy-nominated country duets with Kenny Chesney, even joined The Rolling Stones on stage for a rendition of “Gimme Shelter.”

Citing Miles Davis, Dylan, the Beatles, Bowie, Blondie and Beck as prime examples, Potter says she is drawn to artists who make sonic leaps from record to record

With her original band, the Nocturnals, Potter has released four studio albums – in 2006, 2007, 2010, and 2012 – through Hollywood Records. Potter is well-known to country music fans, having duets with Kenny Chesney on his Grammy-nominated, platinum-selling, “You and Tequila,” and 2015’s, “Wild Child,” also a No. 1 on Billboard’s country chart.

The Chris Robinson Brotherhood (CRB) is in the middle of one of their most prolific periods, riding a creative wave of studio and live records amidst a rigorous tour schedule that only seems to fuel their fire. CRB emerged in 2011 as a California band, and played nearly 50 shows during the course of nine weeks before releasing their first album. “Barefoot In The Head,” marks the CRB’s third studio release, and follows their critically acclaimed 2017 album. “Barefoot” showcases the band’s stunning musicianship and infectious energy, blending Americana funk, elegant pedal steel, classic rock, country, blues and psychedelia, even some freewheeling 1960s folk. One source described CRB as “T-Rex dressed in overalls living on a West Coast commune.”

“The music that we make, the concerts that we play, it’s this world we’ve created for ourselves and our people,” explains Robinson. “We want everybody to understand that no matter where you are in your life that you can always be barefoot in your head. There’s always this other place you can go. Is that place it real? That’s your decision to make, what you’re going to let be real to you.”

Thorn’s special blend of rock, gospel, blues and country spans not only genres, but generations, with soulful performances and heartfelt songs of redemption and healing having earned his band high praise from fans and critics alike.

The Blind Boys of Alabama are recognized worldwide as living legends of gospel music.

What happens in their performances is that Thorn’s versatile, veteran band provides the backing for both Thorn and the Blind Boys, a one-of-a-kind experience that Thorn says is like “taking a 6-pack to church.”

MusicFest attendees will have free water for drinking – bring your empty plastic water bottles to a filling station buy one at the merchandise tent – portable toilets, hand sanitizing stations, trash pickup and recycling stations, and free WIFI, although this tends to be spotty in the area.

No cars will be permitted past the Big Sky Resort area, but a 10-minute shuttle ride from Big Sky Resort to the festival grounds will put you on the scene, and the shuttles will be running continuously, beginning two hours before the opening act each day. Visitors are urged to come early… and expect a little bit of a wait.

Big Sky Resort parking will be available, but carpooling is recommended due to ski lift construction. The town of Big Sky will have free Skyline Shuttles running to the resort, and extended bus service.

All festival goers will have tickets checked before boarding the shuttles to the Madison Base Area. Wristbands for entry will be provided, keep it on and you can come and go to the festival as you please.

Adult beverages are available for sale, including all-local beers. A valid ID, proving age 21 and older, is required. If you “lose” your car, or have had a few too many... have a friend drive you home, take a shuttle or check for room availabilities at the resort.  We want you back next year.

Bring a portable chair, so long as it doesn’t block other’s view. MusicFest is requesting “dancers up front, blankets and low chairs next, taller chairs behind the rest.” Same for umbrellas and shade tents. All tents and chairs need to be removed each night.

Also, please, no dogs… not even in cars or campsites.  It is simply too hot to leave a pet unattended. No firearms, fireworks or drones, too.

• The proceeds from the festival are not lining some cigar-chomping music raconteur’s pockets, but go to support the Moonlight Community Foundation and the Big Sky Arts Festival,

• To make it easier for folks from western Madison County to go east, the Jack Creek Road is being opened to those who purchase a pass prior to the start of the festival weekend. The pass is $20 through the website. Those using Jack Creek Road will be directed to park at Big Sky Resort and take a festival shuttle from there.

To buy tickets for the Festival and Jack Creek Road, or for more information about the festival, visit https://moonlightmusicfest.com/festival-info or email info@MoonlightMusicFest.com. Day tickets are available at Big Sky Resort.

Volunteers for this event are needed, for more information, contact Leslie Kilgore at 617-835-4243 or lkilgore@lonemountainland.com.