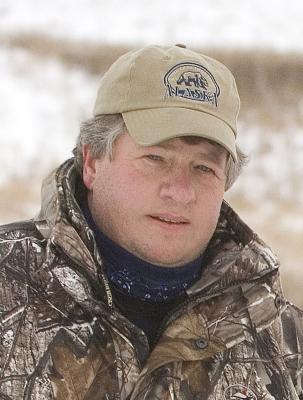 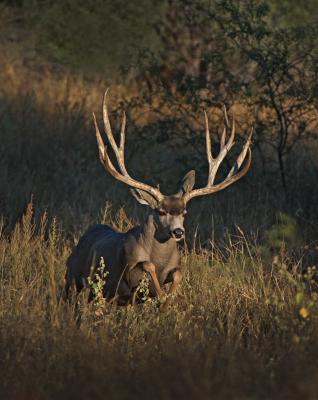 ‘You don’t want to die here’

ENNIS — In his years as a wildlife and nature photographer, Tim Irwin has encountered grizzly bears, black bears, rattlesnakes and all manner of dangerous critters. His specialty as a photographer is deer—particularly whitetails and mule deer.

Irwin moved to Montana in 1999 after a newspaper and magazine career that began in Pennsylvania. He’s traveled the world on photography assignments and worked with hundreds of writers and photographers and dozens of publications.

Some of his favorite trips have been to Sonora, Mexico, home to some of the world’s largest mule deer. He’s been there three times in his career, the most recent in October of 2018. But that trip was almost his last, and he barely made it home.

“I had never felt in any way, shape or form threatened or unsafe there,” says Irwin. “It’s remote, which is one of the reasons it’s so safe.”

Of all the animal dangers he’s encountered, bees were one of the last threats he expected.

Irwin’s trip began on October 24. After two days of acclimating to the weather of the Sonoran Desert, he saw a herd of bighorn sheep uphill from the lodge where he was staying with his guides. Giving the party a heads up to his intentions, he climbed up the hill to shoot some photographs, both of the sheep and the surrounding landscape from a new angle.

He climbed about 600 yards, conscious all the while of a persistent bee buzzing around his head.

“I kept waving it away; I didn’t want to kill it,” he says. “But finally, after about 10 minutes buzzing around, he landed between my eyes and stung me.” Instinctively, he reached up and swatted it. And that was all it took.

“Within about three seconds, it was like someone had thrown a blanket of bees on top of me,” he remembers. “Then my brain went off and I thought ‘I’m in trouble here.’”

Too far from the lodge to be heard and several hundred yards up a steep slope of rock and scree, his only choice was to begin trying to descend the slope to the road below. Slipping and sliding, covered head to toe in bees, he made it about 50 yards before losing consciousness.

“They were concentrating on my face and head, but I had them under my shirt and up my shorts,” Irwin says. “I have no idea how long I was out, but when I came to again, I was still just covered with bees.”

He had to use his hands to scoop fistfuls of bees from around his eyes and mouth, staggering and sliding down the mountain using willpower alone. As far as he can remember, he passed out at least one more time before reaching the road. At one point, somewhere on the slope, he slipped and landed on his camera equipment, damaging the expensive equipment and leaving it behind on the rocks.

“I just willed myself on,” he says. “I just told myself, you don’t want to die here. I knew I didn’t want to go out this way.”

The swarm was a particularly aggressive type of Africanized bees. Crossbred with a native strain several decades ago, the bees were the result of an attempt to promote resilience against viruses and hive collapse. The resulting crossbred bees ended up slightly smaller than native Central American varieties, but considerably more aggressive and tenacious.

When Irwin reached the road, eyes swollen nearly shut and bees continuing to swarm every inch of him they could reach, Irwin crawled nearly a quarter mile before coming into earshot of his party at the lodge. The guides who raced out to help him took one look and turned ghost white.

A bloody, scraped and stung, swollen and barely coherent Irwin was taken back into the lodge while the guides called a helicopter. As it turns out the only available aircraft was busy dealing with a severe traffic accident. In desperation, the guides loaded Irwin into the back of a pickup truck and took off down the dirt roads leading to the nearest hospital about an hour away. That ride was as much torture as anything else, he remembers.

Finally, they arrived at the hospital, Irwin still slipping in and out of consciousness.

“The whole time, I could still hear bees,” he says. “The nurse reaches into my ear canal and pulls two live bees out of one ear, and one out of the other.”

The nurses administered a heavy dosage of antihistamines, but Irwin’s condition was still severe enough that they couldn’t be sure he’d make it. They asked if he wanted a priest.

“That’s never what you want to hear,” he laughs. He politely declined the priest offer.

For the next two hours, hospital staff pulled bee stingers out of Irwin’s body. The official count, he says, was 507, but that doesn’t include the ones inside his mouth and nose and embedded in his scalp.

Foggy from antihistamines and bee toxins, Irwin could barely utter a sentence or two before continuing to drift in and out of consciousness, remaining muddled and confused. He remained in the intensive care unit in Sonora for two days, then spent another two in non-critical care. After four days, he was driven to Tucson and put on a plane home.

For several weeks Irwin continued to find the occasional stinger embedded under his skin. He’s done some research, and from what he can tell, it takes around 700 stings to kill a man, provided an existing bee allergy doesn’t do the job first. Irwin thinks he was dangerously close to that threshold.

“When I go in the backcountry I’m always prepared; encounters with animals are just part of the job,” he says. “But if you get attacked by a bear or a snake, the incident is over and then you deal with it. With the bees, it was like being on fire. And I couldn’t put the fire out.”

A few weeks after returning home, he developed a deep, aching cough. On getting a doctor’s opinion, he found that he’d inhaled several bees during the onslaught. He had to get his left lung flushed to remove the dead insects. He didn’t finally feel like himself again until two months after returning home.

But even after such an ordeal, Irwin has no intentions of letting the incident discourage him from what he loves to do. As far as he’s concerned, a bee attack is most likely a once-in-a-lifetime occurrence.

“It’s one of the most beautiful places on Earth, one of the quietest places I’ve ever been,” he says. “It really was a fluke. I can’t wait to go back to Sonora.”