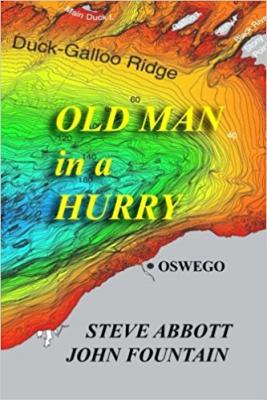 ‘A couple retired guys without a lot going on’

BIG SKY - On a Sunday morning in 1964, one of the nurses at Oswego Hospital in upstate New York invited two of her fellow weekend nurses to join her for morning coffee in the hospital’s nurses’ lounge. It was early, around 7 a.m., and very much like most other early Sunday mornings: quiet, with few people around save the morning staff tending to patients.

Her friends made their way up to the third-floor operating suite, where their 22-year-old colleague was assigned. Strangely, for the first time they could remember, the door to the operating room was closed and locked. Stranger still, they couldn’t get the attention of anyone inside; there was loud music playing that drowned out their knocks.

So, the girls found the on-call doctor and asked him to unlock the door for them. On doing so, they found the nurse they’d spoken to just a short time before lying on the operating room couch, an anesthesia mask over her face. She was dead.

Forty years later, in 2004, Dr. John Fountain was the chief on anesthesiology in Oswego. He’d been practicing in Oswego for 20 years and knew the city and its community well. The Detroit native was enjoying his post, the latest in a series of adventurous and illustrious posts since he graduated from medical school.

He’d spent a stint as the only psychiatrist on New Zealand’s South Island, then had gained expertise in orthopedics and cardiology before moving to a position in Scotland, where he met his wife. The pair moved to Lexington, Kentucky—what Fountain calls the biggest possible culture shock for his wife—before accepting the Oswego position in 1984.

He knew all the nurses and doctors in the hospital and interacted daily with the range of medical staff and the hospital’s patients. So, it came as a surprise when he came in to work one day and found an obituary hanging from his anesthesia table.

“I had been there 20 years, and whoever broke in was using the same key they would have had in 1964,” Fountain remembers. “They never changed the locks.”

It was an obituary from forty years prior, about a nurse. She’d been found dead in that very operating room, an anesthesia mask on her face.

“I would throw it away, and then the next night, someone would break in again and leave this obituary,” Fountain says. “I decided I would take a little bit of bait, so I started investigating.”

So, he began looking back through newspaper articles and police reports, trying to understand what happened to this nurse in 1964. Her death had been ruled a suicide. Fountain wasn’t so sure. Parts of the timeline didn’t seem to add up, and her death looked like the practiced hand of an experienced doctor. He continued to ask questions, asking himself what could have happened.

It felt like a murder mystery. So Dr. Fountain turned it into one.

He did so with the help of Steve Abbott. The two had been college roommates at the University of Colorado, and Abbott had been an English major before becoming a software engineer. The two remained close friends and became cowriters when Fountain discovered the story behind the nurse’s mysterious death. Detective A.C. LaFleur was born—modelled off a real-life detective—in what Fountain calls their first episode, titled O.R.

It was so well-received in the Oswego area that the co-writers turned it into a play, which drew an international audience. Then, at a book signing, Fountain was approached by a man he didn’t recognize. It turned out to be the father of a girl he had treated years prior, a simple knee injury. She’d recently died, in what the police had dubbed purely tragic arson. Her father suspected there was more to the story and wanted Fountain to look into it. And just like that, Firesign, the second LaFleur mystery, was sparked.

By November of 2017, Fountain and Abbott had published four books. All were based from true stories that one of the pair had come across and become curious about. The most recent, Old Man in a Hurry, is where Fountain says they’re “actually good at writing,” and involves the World War II Women’s Air Corps, communist fighter jets in upstate New York and a scene set in the Ennis airport. Ultimately Fountain thought, why not do a whole book in Madison County?

Fountain and his wife have visited and owned property in Madison County for decades, but finally permanently relocated to Big Sky in 2012.

Book five is already outlined and in the works, and will feature both Big Sky and Pony, plus other Madison-area communities yet to be decided. It will also include a massive counterfeit operation and the return of a master criminal seen in the pair’s third book, Hot Gold, which investigates the death of a New York jeweler.

They also think book five might be the last one. Fountain and Abbott’s self-run publishing company has been a form of amusement for the past decade, a way for them to explore the events, places and people that fascinate them. They’ve donated the income from book sales and haven’t hired a professional publisher in order to keep the open schedule and camaraderie they’ve enjoyed since college. Fountain hopes to publish the final book for free online, possibly in installments of a chapter or two at a time.

“It’s not a very sophisticated operation,” Fountain jokes. “We’re just a couple retired guys without a lot going on.”

Fountain himself doesn’t really read mysteries; he usually sticks with the newspaper, he says. But he loves crime television like Dexter and spends a lot of time thinking about the logistics of the crimes he’s come across in his books. He’s still not sure who was putting the obituaries on his anesthesia table back in 2004. He has an idea of who it could have been, and who might have committed the crime itself. But the murder was never definitively solved. And you’ll have to read the book to see what Detective A.C. LaFleur discovered.