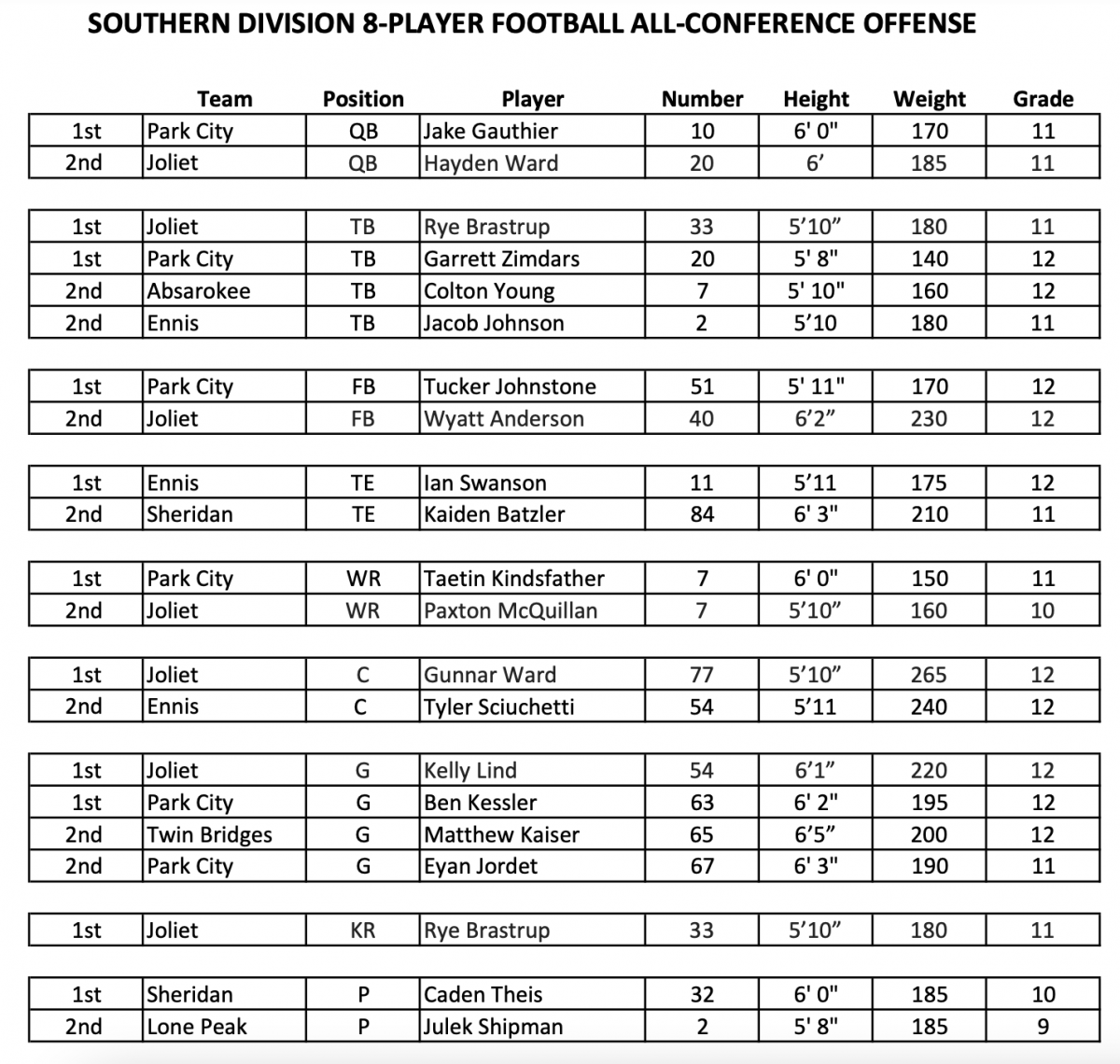 The Mustangs battled highly ranked Fairview on the road in the first round of playoffs on Oct. 31. They were defeated 6-44, ending their season.

The Sheridan Panthers hosted the Ennis Mustangs in a conference game that hasn’t been played for seven years. The game was a must win for both teams to keep their playoff hopes alive. The Mustangs came out hot and scored 26 unanswered points in the first quarter and it looked to be a blowout.

The Mustangs held the Huskies in Absarokee scoreless for the first quarter of the football game Sept. 25. Ennis defense allowed only two touchdowns the whole game, taking the win with a 34-point lead.

The Panthers rolled into Absarokee and had one thing on their mind. Play solid football. They played the Huskies in a must win game for both teams. This game would put one team or the other in control of their own destiny. The two teams sparred in the middle of the field during the first two possessions, each forcing the other to punt.

The Panthers rolled into the Big Sky area with high hopes of winning big against the Big Horns who have struggled with their young team. It was not to be so for the Panthers who started the game with a high snap over quarterback Kole Hill’s head and into the end zone for a safety on the first play.

The Panthers held their own against the Falcons in its second eight-man football game Sept.4. But the Twin Bridges’ team took the win in Sheridan, 38-28.

The Ennis Mustangs were behind the Absarokee Huskies before Maida Knapton and Wyatt Fredson were announced homecoming king and queen. The Huskies scored twice before the Mustangs reached the endzone toward the end of the second quarter. The second half started with the Huskies leading by six points.